Clock restored and time to start again at the weekend 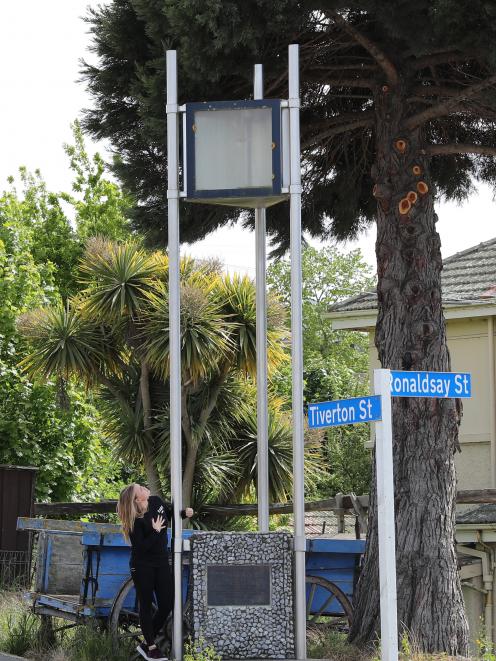 An onlooker checks the site of Palmerston's soon-to-be-reinstated town clock. PHOTO: SUPPLIED
The centennial clock in the Palmerston town centre will tell the time again from this Saturday.

The clock, which was installed to mark the centennial of the then Waihemo County in 1982, has not kept time for several years.

But it will have new clock workings installed by Mathers Jewellery and Time's John Mather, of Oamaru, and Clements Electrical's John Clements, of Weston, at the weekend.

Mr Moffat and his wife, Beth, initiated a petition to the Waitaki District Council signed by 140 people seeking the repair of the centennial clock.

Waitaki Mayor Gary Kircher said although it had taken a while to overcome numerous, frustrating obstacles to get the clock working again, it was a job well done and about time.

Work to reinstate the clock began today with the installation of its new perspex protective covers.

Earlier, branches from a tree that had grown so as to obscure the clock were removed.

Waihemo Community Board Kathy Dennison said it was good to finally see the work be done.

Mr Mathers said the new clock workings were "like a mini-computer''.

The clock, which had not worked for more than four years, would now reset itself after power cuts and daylight saving changes.

If inclement weather prevented the work from being done on Saturday, it would be completed on Sunday, a statement from the council said. 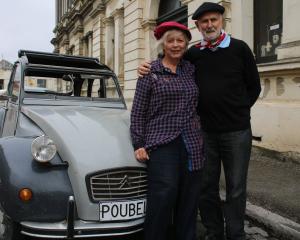