Dismay as ministry opts to get rid of courthouse 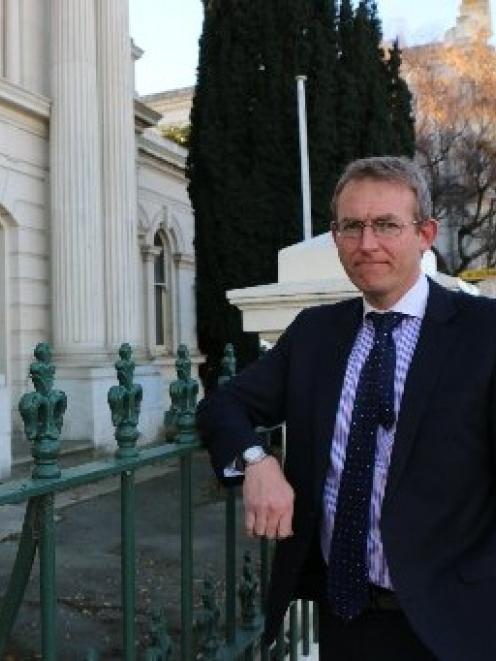 The cost of earthquake-strengthening the 130-year-old building, estimated at between $1 million and $2 million, was too high for a court that was open for business less than one day each week, on average, Courts Minister Chester Borrows announced yesterday.

Ownership of the central Oamaru building, which has sat vacant since December 2011, will now be transferred to Land Information New Zealand for disposal.

Linz will consult Ngai Tahu aboutwhether it wants to exercise its right of first refusal under the Ngai Tahu Claims Settlement Act (1988).

Once Ngai Tahu has formally responded, Linz will arrange for the disposal of the site, either to Ngai Tahu or on the open market.''

What we're trying to say to Oamaru is we're not taking court services away; we're committed to staying here,'' Mr Borrows said.''

The people of Oamaru just needed confirmation firstly that we agree the Opera House isn't a good site for ongoing use.''

When the court building was identified as an earthquake risk, hearings were held in the Oamaru Opera House while options for the category 1 listed building were investigated.

Next month, court hearings will move to a portable facility in Humber St, in the Oamaru Licensing Trust car park. The ministry says it will look for a more permanent solution in Oamaru.

Mr Borrows said: ''We simply can't justify the cost when another, more cost-effective, option for delivering court services, like the new facility in Humber St, is available.''

Mr Borrows was aware there was a strong push to return to the old courthouse.

''It has always been my stated intention that if some other person did the courthouse up to the level we need it to be, then we will go back in there,'' the minister said.

''As participants, we can see where this is heading, despite the minister's assurances that this Government is committed to having court services in Oamaru.''

Employers, lawyers, victims, witnesses, court staff, police and Corrections were all affected by the ministry's ''ludicrous'' decision, the Berry and Co partner said.

''One of the things that has caused a great deal of frustration is the fact that there's been no consultation or discussion,'' he said.

Mr Jackson said the Portacom court facility was not practical long-term and expressed fears that in two or three years, Oamaru would permanently lose its court services.

Fellow Berry and Co partner Michael de Buyzer said it was ''surprising'' the rationale behind the decision to transfer control was based on an ''alleged'' cost of between $1 million and $2 million.

''There has been previous advice provided via local lawyers from an independent engineer to the Crown that the cost of reinstatement of the courthouse is substantially less than the figure being suggested by Wellington engineers,'' Mr de Buyzer said.

Negotiations would continue between local members of the Bar and the Government to explore all available options, he said.

Mr Borrows said the ministry had ''bent over backwards'' to collaborate with Dunedin civil engineer Lou Robinson on restrengthening costs.

''Where [Mr Robinson] has ended up and where [Wellington engineers] have ended up is that it's going to be somewhere between $1 million and $2 million - it could be in the middle of that or it could be slightly less,'' Mr Borrows said.

''We've all agreed on that and if someone is saying something different, I'm a little bit sceptical.''

Waitaki Mayor Gary Kircher said discussions were continuing between the council and other community groups, with a focus on retaining services from the Oamaru courthouse.

Asked if the council would consider buying it, Mr Kircher said he would ''not rule it out''.

However, discussions were ''progressing'' with other community groups that might be in a position to do so.

Oamaru Whitestone Civic Trust deputy chairman Phil Hope said the trust supported preserving the building and its continued use as a courthouse.

He declined to comment when asked if the trust would consider buying the building.