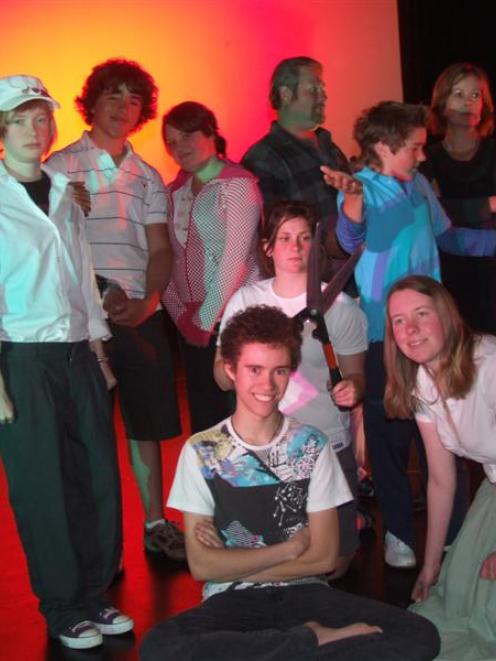 Hilary Norris and Martyn Roberts led separate workshops - one on drama, the other on lighting design and operation - at Waitaki Boys High School.

The events were hosted by Living History NZ with the support of Creative New Zealand's communities programme.

Living History NZ producer Scott Elliffe said the aim was to provide a bridge between school and tertiary training.

He hoped to get a grant to take selected pupils from the workshop through a rehearsal process that would give them the chance to be understudies for the live show The Great Storm of 1868.

Ms Norris said they were a "fantastic" group of young people who had worked very hard for two days and been open to ideas.

She had used the techniques of professional actors and had "really put them through the mill", yet they had risen to the challenge.

There was always a strong demand for technicians in the performing arts.

It was not all about theatre and dance but also the corporate conference environment, large stage shows, and there was steady cruise ship work.

There were chances to get into product manufacture as well, he said.