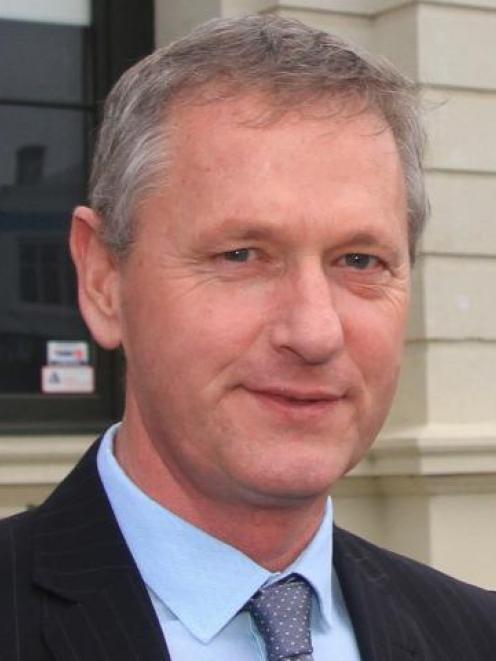 Gary Kircher
The Waitaki District Council has some important decisions to make regarding the new Waitaki Event Centre — and time is of the essence.

Mr Kircher said the project group recently met representatives of sporting groups and other potential users of the new facility to seek their feedback on the design of the centre.

"The overall feedback from the various sports’ representatives was positive, with some constructive questioning and comments being made," Mr Kircher said.

"We have yet to get more feedback from organisers of events and catering people, which will also feed into the design."

To remain on track for a May 2024 opening, Waitaki Event Centre Trust trustee Kevin Malcolm has said work would need to start by November. Mr Kircher said everyone was working hard to get the project fully funded and completed on time.

"If all goes well, it will be ready to go on the scheduled date," Mr Kircher said.

"There are still funding targets to be achieved and work in the background to be carried out to ensure physical works will start on time.

"However, the biggest challenge and risks we have is the availability and costs of materials and labour. Some of the supply chain issues arising from the Covid restrictions are easing, but there are still a number of concerns in that area."

Mr Malcolm said about $20million had been raised so far and there were "some exciting prospects that we are negotiating at the moment for another $1.2 to $1.5million that we would hope to bring to fruition within the next six to eight weeks".

Asked what the fundraising target was to get the physical work under way, Mr Kircher said a "high level of confidence that the funding will be attained and that costs are realistic" was required, and an updated costing estimate was being done at present.

"We have been budgeting on needing $30million when we start building, given the high rate of inflation in the construction industry," he said.

The council had important decisions to make. The "all-important" procurement process was yet to be confirmed and some of the design elements, such as court surfaces and the best method to separate areas of the courts to allow different sports and events to be run simultaneously, were also yet to be decided, Mr Kircher said.

"Time is progressing and we are very mindful that we need to make these decisions soon."

The community support for the project to date had been "amazing", and making it a reality would continue to take a community effort, he said.

"We want a quality facility that we are all proud of and that will allow many sports and events to be held."