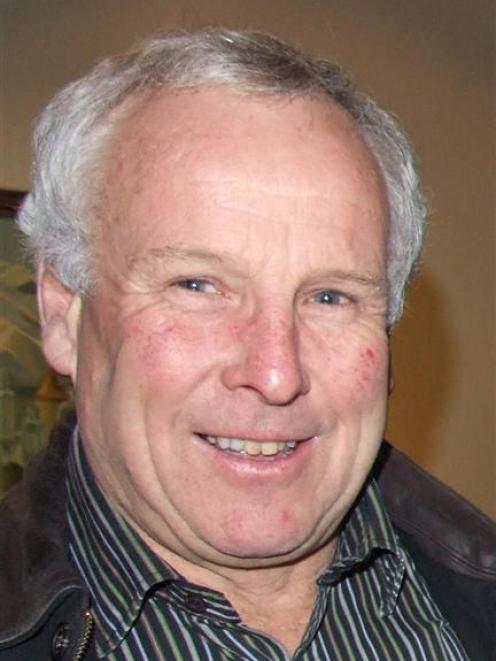 Jock Webster.
North Otago farmers yesterday queued up to tell the Otago Regional Council (ORC) they could go out of business if the council did not alter proposed changes to water quality rules.

At the first of seven days of hearings in Oamaru on changes to Plan 6A of the ORC Water Plan, the need for attainable nitrogen level limits in creeks and rivers and the high costs of implementing the proposed changes were recurring concerns for farmers.

Many of those making public submissions also thought the proposed assessment methods needed to be considered in any plan change, as well as recognition of North Otago's "unique" geography.

Former North Otago Irrigation Company (NOIC) chairman Jock Webster said without irrigation schemes, farmers in the area would still be at the mercy of a historically drought-prone region.

Mr Webster said farmers had invested heavily in irrigation, but had also had to increase productivity, in order to pay for watering systems.

He said those who were part of the NOIC irrigation scheme already had farm environmental plans, which had resulted in better awareness of water quality.

"The community of North Otago now relies heavily on the economic benefits from these schemes".

However, he added that the varying nature of soil and particularly sub-soils in the area meant they could be eroded easily during high rainfall, leading to poor water quality.

"I do not believe those who drew up the water plan understand the catchment sufficiently to write up sweeping rules and conditions that may cover the whole of the Otago area.

"There is no issue with water quality in the Waitaki Valley, and we have got some good things happening, but there is no way we can meet some of the standards.

Weston farmer Peter Mitchell said his own tests had shown that even with using current best practice methods, his farm could not meet the proposed average discharge to water of 10kg of nitrogen per hectare of land, per year.

And that was seven days after rain, not the 12-hour testing limit proposed in the plan changes, Mr Mitchell said.

Jeff Thompson, from Oamaru, said he had tested water at two places on his farm, and found although it was clearer when it left his property, it still did not meet proposed limits.

Waitaki plains farmer Adri Verbakel said tests conducted by Fonterra showed that nitrate levels had risen only marginally in the past 11 years, despite high increases in production levels, but for him to comply with proposed limits he would have to invest in new spray irrigation systems and reduce cow numbers by 30%.

"We have grave doubt that our farm will be viable under these circumstances."

Graham Butler, from the Waitaki Plains said he would have to reduce gross income by more than $600,000 to achieve the limits.

"All this to fix something that isn't broke," Mr Butler said.

Quote of day: "Recently we had water tests taken to check how our farm will meet the proposed levels ... They show that the water quality coming out of the spring was poorer than further down the drain. The spring water itself does not meet the required limits" - Jeff Thompson