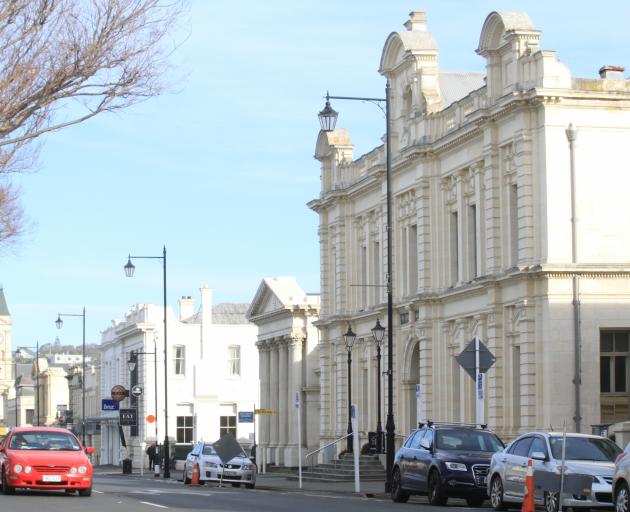 The Oamaru Opera House, right, still carries $3,406,793 in debt after the Lower Thames St landmark was reopened on February 20, 2009. At the time of its refurbishment, $3million from the development of Forrester Heights, at Oamaru Harbour, was to be used to cover the cost. Now the proposal for a subdivision has been proposed as a possible funding source for Oamaru Harbour development. Photo: Hamish MacLean
Plans for a controversial subdivision near Oamaru are again being mooted, this time as a way to help offset the cost of the harbour redevelopment.

The last time a subdivision at Forrester Heights on Cape Wanbrow was mooted by the Waitaki District Council, $3million from its profits was going to offset the costs of refurbishing the Heritage New Zealand Category 1 Oamaru Opera House.

And the opera house, which celebrated its reopening 10 years ago this February, stands $3,406,793 in debt.

Now, the controversial subdivision could be back, this time to offset proposed development at Oamaru Harbour.

Forrester Heights was included in a council consultation proposal as a potential means to pay for development at the harbour in the council's upcoming 30-year plan for the area.

Yet whether the 5.8ha subdivision remained an option for the Oamaru Harbour master plan consultation would need to be determined at an upcoming public workshop later this month, Waitaki Mayor Gary Kircher said.

''We've got to go through a whole process of deciding whether we are going to include it as one of the options - and secondly what's the public response to the whole concept,'' Mr Kircher said.

''It's not a situation that we're making all the decisions on that day, we're just making decisions on some options that then go out to the public. That's where the wider public will be able to have their say.''

Clark Fortune McDonald & Associates concept plans from 2004 show 27 sections in the subdivision. And more than half of the residential sections then sold at more than $300,000 each, making them the most expensive of their type in Oamaru at the time.

But the project stalled.

It took until 2013 for the Waitaki District Council Reserves and Other Land Empowering Act to clarify the status of Forrester Heights as endowment land, overturning a clerical mistake from 1937, which had classified the area as reserve land.

In the same year the Act was passed, the now-defunct Waitaki Ratepayers and Concerned Citizens Association presented then-Waitaki mayor Alex Familton with a petition containing more than 700 signatures supporting Forrester Heights' becoming a reserve ''never [to] be built on''.

While Mr Kircher said he believed the petition of the day was flawed, ''my stance has been that if council was ever to look at it, then we should go out to the public and have that discussion''.

Meanwhile, the annual interest cost of the opera house was rate-funded, so the loan no longer compounds, council property manager Renee Julius said. And the annual surplus from the Ministry of Justice's rental of the recently reopened Oamaru Court House would be used as a principal repayment.