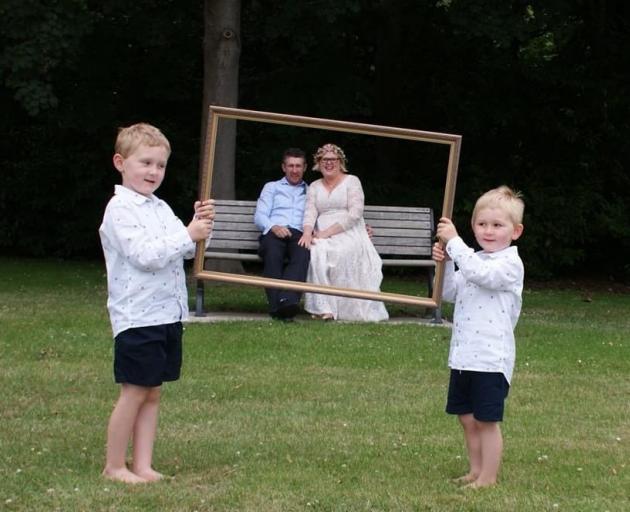 Corriedale ward councillor Guy Percival’s comments came at a meeting of the full council on Tuesday, while councillors discussed the council’s proposed fees and charges scheduled for this financial year, part of its 2020-21 annual plan.

At present couples are charged $160 per day or part of, if they wish to exchange vows at the gardens, which he was not impressed with.

"I think that is totally unfair. We should be gifting that to the happy couple," he said.

That prompted Waitaki Mayor Gary Kircher to quip he did not realise Mr Percival was a "romantic", which resulted in ripples of laughter around the council chambers.

Mr Percival took the comment in his stride, and maintained the fee was not fair.

Oamaru’s Maree Cadogan was married at the gardens earlier this year and accepted the fact the fee had to be paid.

"We were a little surprised at the cost to have our service of under 30 people there, as I thought it would be more a $50 ‘donation’ or thereabouts, especially when most people said they wouldn’t have even thought of asking for permission.

"The grounds crew did an amazing job, we thought it was tidy already but we happened to be there the day before and they were getting the garden ready and asked if there were any branches, etc, we needed removed."

While Cr Jim Hopkins appeared to have no issue with the weeding fee, he was concerned about other aspects of the fees and charges schedule.

"There is just so many anomalies here ... some of them do not make sense in my view, and post-Covid-19 even less."

One example he gave was charges to rent space at the Forrester Gallery.

It has three galleries and a community gallery, ranging in price from $100 to $130.

However, those fees were slightly more expensive for exhibitors from outside the council’s territorial boundary, which ranged from $120 to $150.

"I would ask the question why on earth are we distinguishing between local and outside artists? I mean, surely, art in that sense, you want art. You don’t want to discourage people exhibiting here. I would be interested in knowing if the gallery fees are inclusive of commissions, or whether commissions are added, and if so, are the charges amended."

The scheduled was adopted with the annual plan.