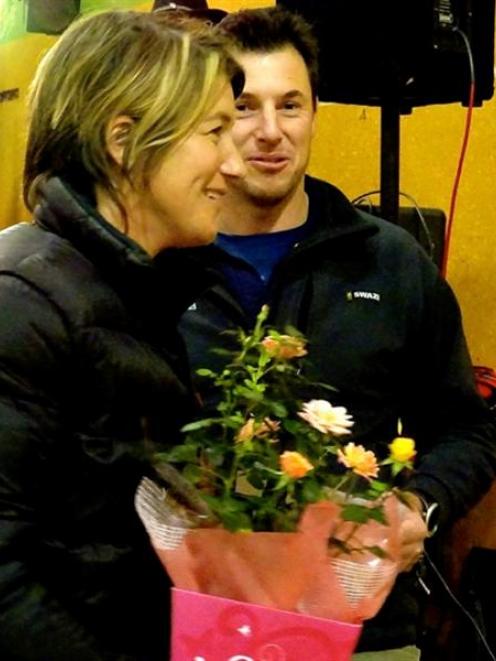 The competition was organised by the Waianakarua and Waiareka Valley Lions Clubs.

The overall winners, Matt and Julie Ross, of Kokoamo Farms in the Waitaki Valley, were announced on Friday at a dinner, auction and award presentations attended by more than 250 people.

Competition publicity officer John Munro yesterday said more than $35,000 was raised in the auction, some items fetching more than $1500.

Combined with entry fees and other financial support, about $47,000 before expenses was expected to be raised and Mr Munro said that would leave more than $30,000 to be distributed equally between the North Otago Hospice Hub and Otago Rescue Helicopter Trust.

The Waianakarua club used to run the annual Moeraki fishing contest, which used to earn about $5000 to $6000 to be distributed to charity.

Returns were diminishing and last year's contest was affected by bad weather, so this year the Waianakarua club decided to run a greenfeeds competition in conjunction with the Waiareka Valley Lions Club.

The 127 paddocks entered by 85 farms exceeded what organisers expected for the inaugural event, especially as the region was in a drought.

It was thought 50 to 60 entrants in the inaugural year would be good.

Some farmers who did not have a suitable crop paid an entry fee as a donation.

The event would be run again next year, and Mr Munro expects more entries.

To cap this year's event, a field day will be held on Friday at Matt and Julie Ross' property, 4744 State Highway 83, starting at 11am, for participants and those thinking of entering next year.