Health company confident of breaking even 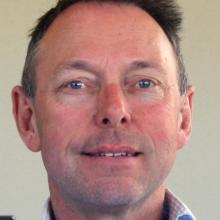 Chris Swann
Despite a total deficit of more than $230,000 during the 2017-18 financial year, the chairman of the company that owns and operates Oamaru Hospital is confident it can turn its balance sheet around.

Waitaki District Health Services chairman Chris Swann will present the Waitaki District Council-controlled company’s annual report for the last financial year at a special meeting of the council tomorrow. The report was made public earlier this month and showed the company recorded an operational deficit of $688,655 in the year to June 30, compared with $558,095 in the corresponding year.

After other revenue, that included $144,618 in interest earned on the company’s loan to help fund the first stage of construction of Observatory Village Lifecare and $309,631 gains on property revaluations, were factored in, the total deficit reported was $234,406, compared to the budgeted figure of $679,957 and the corresponding year’s deficit of $1.505 million.

Mr Swann said the last financial year’s result was ahead of expectations and that the company had targeted a "break-even" financial position by the end of the 2018-19 financial year.

"It’s certainly what we’re aiming towards now. We have got a bit of a plan as to how to get there. The timing is going to be something of an issue, but I’m confident we can get there."

He said that plan was "quite detailed" and contained several initiatives.

He declined to comment on what those initiatives were and said the council meeting was the most "appropriate forum" to  discuss them.

It was yet to be confirmed if the kitchen would close, or if any jobs would be lost.

Mr Swann said the reported deficit would be factored into the company’s funding negotiations with the Southern District Health Board, which he said were "reasonably advanced".

The company received $10.489 million in district health board funding during the 2017-18 financial year.