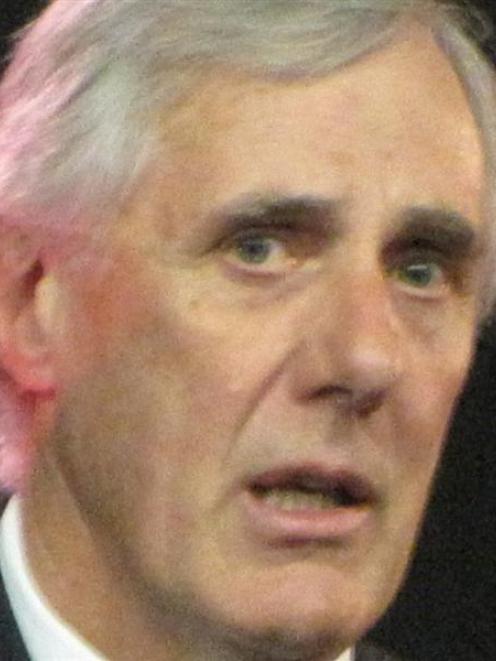 The issue is raised in a report by Waitaki District Health Services, the company owned by the Waitaki District Council to provide health services in the district and to own and operate Oamaru Hospital.

Financial and other problems faced by the SDHB have prompted the question whether Waitaki would be better served by the Timaru-based South Canterbury District Health Board.

WDHS chairman George Berry said his board had discussed the matter but had made no decisions.

Both SDHB chairman Joe Butterfield and SCDHB chairman Murray Cleverley said the idea had not been raised with their boards.

However, Mr Cleverley said if WDHS and the Waitaki community wanted to explore the possibility, he was sure his board would be open to discussions with the company and SDHB.

WDHS, which provides health services for the whole Waitaki district, including Palmerston and its surrounds, has been funded through Dunedin-based health authorities since it was set up in 1998.

In the report, Mr Berry outlined issues facing the SDHB and possible impacts on Waitaki's health services, adding: ''A continuing issue is whether Waitaki district would be better served through being a part of the South Canterbury DHB, which does not seem to have the SDHB problems with financial resources and their management - and in terms of travel distances is our closest base hospital.''

When contacted yesterday, Mr Berry said the issue had come up as a result of directors discussing, as part of forward strategic planning, where the future best lay for the district.

Historically, Dunedin had had more to offer than South Canterbury, but the reality now was SDHB's continuing problems might prejudice funding for Waitaki.

''It may be better, and this is a debate for the future, to amalgamate with South Canterbury,'' he said.

Timaru Hospital was closer, travelling time was considerably less and it was easier to get to in winter.

The SDHB draft strategic plan proposed taking everyone south of Shag Point (which included Palmerston) into the Dunedin catchment, cutting about 1000 people from Waitaki, which could reduce future funding entitlements.

Mr Butterfield said he was not sure if the issue had been discussed with SDHB senior management, but it had not been by his board.

He doubted there would be enough benefits for WDHS to go to South Canterbury and said it would be a ''significant move'' because a ''reasonable amount of money'' would have to be shifted.

Mr Cleverley said he had raised this possibility three or four years ago with the former Otago DHB and would be interested in such discussion, should it happen.

''As a former North Otago person, I always thought it would be a good fit [between the SCDHb and WDHS].''

It would depend what the Waitaki community wanted and it would have to be a move that would improve health services for the district.