Hearts going into week of music at camp

The Waitaki Summer Music Camp chairman has spent nearly 26 years gathering together musicians, conductors and tutors from throughout New Zealand for the camp, celebrating its milestone 25th edition this week.

The 25th camp was scheduled to be held last year, but was cancelled due to Covid-19, and Mr Claman said it was a great feeling to see it finally happen.

The camp, which began at Waitaki Boys’ High School on Sunday, attracted 60 musicians aged from 13 to their 80s. It comprises orchestral, chamber and concert band music sessions from eight tutors from the New Zealand Symphony Orchestra [NZSO], Christchurch Symphony Orchestra and the Auckland Philharmonia Orchestra.

"These are people who . . . come because they want to give back and they enjoy being here — it’s so much fun.

"They get a lot out of it because they can see themselves making a difference, I think."

For the 25th camp, original conductor Donald Maurice returned as a "special treat", alongside conductor Peter Adams, and the string musicians were playing a piece by New Zealand composer Douglas Lilburn, a former Waitaki Boys’ pupil. 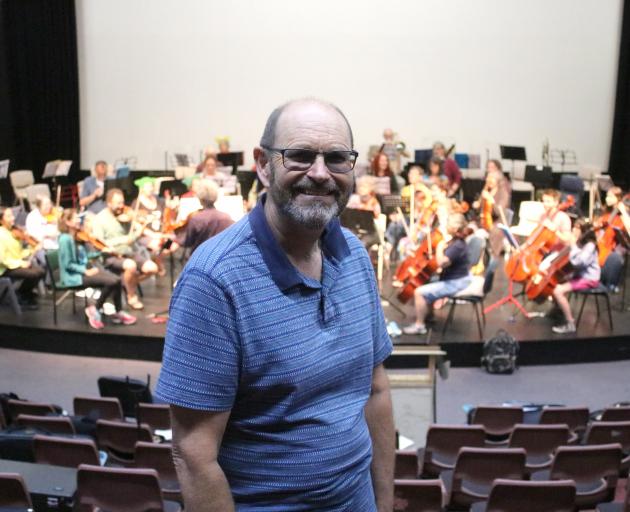 NZSO first violinist Anne Loeser was attending the camp, and performed for the musicians during the week.

Other tutors would too.

"It’s just magical. That’s one of the things: everybody can see what you can aspire to, especially the younger ones."

The eight-day camp, finishing in a public orchestral concert on Saturday, was tough but filled with fun, Mr Claman said.

"Everybody works hard and everybody makes improvement which is what we’re here for. We’re here to have fun making music.

"The great thing is that everyone’s a group, everyone’s a family for a week and it’s all worked really well."

The concert, featuring pieces by Tchaikovsky, Vaughan Williams, and Dunedin composer Anthony Ritchie, will start at 7.30pm on Saturday, at the Waitaki Boys’ Auditorium. Vaccine passports are required.