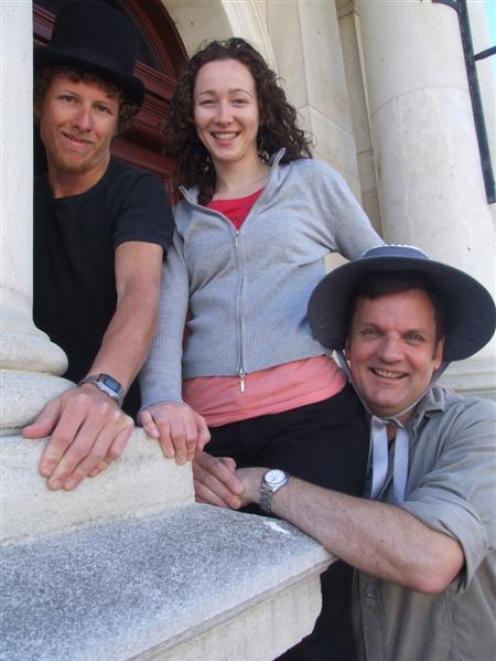 The show, which premiered in the town's historic precinct last November, has three cast members taking on multiple roles to re-enact a shipwreck and flood that ravaged the town 140 years ago.

Mr Coates, from Nelson, and Julian Anderson and Julia Guthrey, from Christchurch, successfully auditioned for this year's summer season which starts on December 3.

Director Hilary Norris, of Dunedin, said she was "hugely" excited by the prospect of three new actors.

While the story was the same, the actors would show completely different aspects of the characters, so the audience would see something fresh, new and exciting.

Ms Norris had even more enthusiasm this season than last year, when it was "all unknown".

"This year, I know it's a show that works superbly well," she said.

Mr Anderson, who gets to don a bonnet as Mrs Louden, the wife of a carpenter at Totara Estate, said he liked the idea of each actor playing multiple characters.

For Mr Coates, one of the drawcards was working alongside Ms Norris.

When he was a student at the University of Otago, he saw some of her work and was impressed, he said.