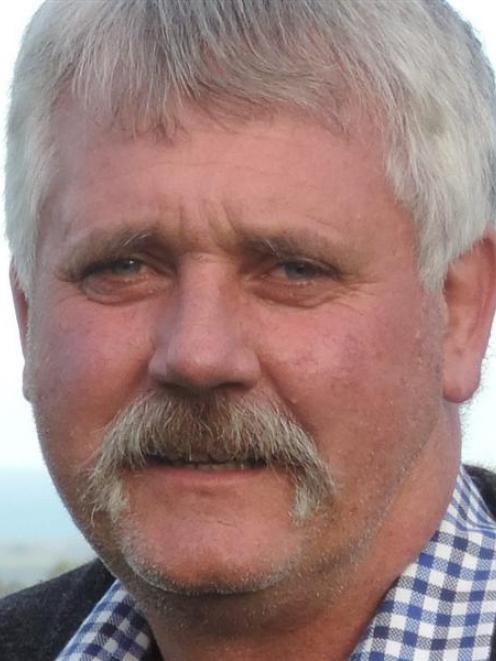 Andrew Fraser.
A new Waimate irrigation scheme capable of providing water to up to 32,000ha now has enough shareholder support to move on to the next stage of investigations after fears in April some farmers might be backing out.

The Hunter Downs irrigation scheme, estimated to cost about $375 million, had sold enough shares to cover 24,000ha in its first instalment of payments.

When it called for payment of the second instalment from those shareholders, the response was slow by the March 31 deadline and there was concern it might not go to the second stage of investigations, but Hunter Downs Irrigation Ltd chairman Andrew Fraser said majority shareholder support had now been achieved.

Providing extra time last month for shareholders to sign up had paid off, with significant demand which meant the company was confident to carry on.

However, the scheme's affordability would need to be addressed and the company was investigating ways to achieve this.

''We have been investigating the factors affecting shareholders' decisions around continuing with [the scheme]. Equity of funding and scheme costings came through loud and clear as the biggest concerns,'' Mr Fraser said.

The company would try to get support and funding for the wider community benefits of the scheme, as these costs cannot be borne by water users alone.

While the company was delighted with the turnaround in support, solutions were needed to reduce the scheme cost before it could go to the next capital instalment and raising capital for construction work.

''We are very appreciative of the support received to date, particularly during this difficult season with drought and a reduced commodity price outlook.

''The company believes those shareholders who have recommitted have created an opportunity for their business that they can exercise later.''

It was never easy to invest at that scale, but Mr Fraser had no doubts the scheme offered the only opportunity for farmers to achieve reliable water in his lifetime.