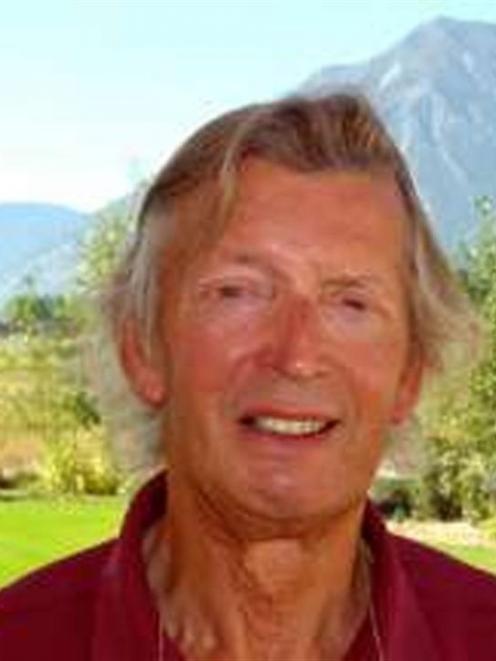 Ichiro Murai (54), who was visiting New Zealand, was killed when the Duo Discus two-seater glider crashed into Mount St Cuthbert, which overlooks the township.

Both men were experienced glider pilots.

GlideOmarama owner Gavin Wills said yesterday he had spoken to Mr Tanner and he was "doing fine".

He had a few broken bones and a punctured lung.

It was expected he would be in hospital for "three weeks or so".

Mr Tanner's spirits were as good as could be expected, Mr Wills said.

Asked how the team at GlideOmarama were coping with the tragedy, Mr Wills said: "We're all dealing with it. We're all very sad and somewhat shocked."

Mr Tanner's profile on the GlideOmarama website said he had been chief flying instructor for a number of English and RAF gliding clubs.

He flew with the RAF as a fighter-bomber pilot and then as a commercial helicopter pilot with worldwide experience.

He ran an international mountain flying school in Scotland for helicopter pilots.

He had been on the GlideOmarama team since 1999, teaching mountain soaring skills in New Zealand and the United States.

He was much sought after as a "weather man", and he forecasted for gliding contests.

The wreckage of the glider, belonging to GlideOmarama, would be removed from the mountain when inspectors had finished at the site, Mr Wills said.

The glider had just been launched from the Omarama airfield and was over the mountain, one of the points where gliders gain height before setting off, when it crashed into a ridge about 2pm.

Mr Murai was seated in the front of the glider, with Mr Tanner at the rear.

Sergeant Tony Woodbridge, of Oamaru, said an autopsy was done in Christchurch yesterday and Mr Murai's body would then be released to his family.

Family members had arrived in Christchurch.

Police needed to speak to various people and Sgt Woodbridge expected it could take some time before the cause of the crash was established.

CAA inspectors were looking at a data recorder from the glider.

Police had spoken provisionally to Mr Tanner who was "pretty knocked about".

He was "a bit of a legend" in gliding circles, Sgt Woodbridge said.

The gliding community was like a family and the accident was tragic for everyone, he said.