"Committed" offenders  would have been drenched as they slashed the tyres on three pivot irrigators, causing thousands of dollars worth of damage,  police say. 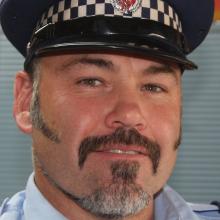 Senior Constable Craig Bennett, of Kurow,  believes the attack on the irrigators  occurred early on Saturday near State Highway 8 and Broken Hut Rd, just outside Omarama.

Snr Const Bennett said it was too early to say if the vandalism was caused by an individual or several people, but the irrigators were not easily spotted from the road and fences would have been navigated by someone with  intent.

Forty-four tyres, valued at up to $800 each, were slashed, he said.

Omarama farmer and pivot irrigator owner Richard Subtil was upset  about the damage and urged people to come forward with information about the attack.

He believed the vandal or vandals  either had a problem with him or an issue with irrigation and decided to attack his equipment.

"I really hope it’s the latter. I’m trying to understand what motivated someone to do it. If it’s a personal vendetta I’m unsure what it’s about.

"It makes you feel really unsafe thinking what could happen next. I’m hopeful we can get them fixed very quickly. There will be a loss of production."

Insurance was expected to cover costs, but Mr Subtil expected "some grief" in replacing the tyres.

"It’s more than that. It’s the feeling of someone doing this at night. It’s the whole thing. This is just gutless and underhand and seems spiteful."

Snr Const Bennett said the motive for the vandalism was unclear.

Anyone who saw headlights, torch lights or vehicles leaving the north side of the Broken Hut Rd area near State Highway 8 late on Friday or early on Saturday  is asked to call police.