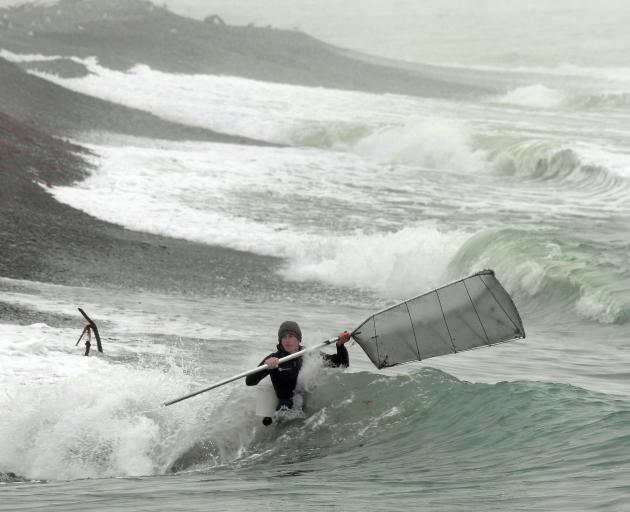 Whitebaiter Craig Andrews last night remained in an induced coma and a critical but stable condition in Dunedin Hospital’s ICU after being swept 3km out to sea while fishing at the river mouth on Thursday.

Mr Andrews was winched from the water by the Otago Regional Rescue Helicopter but had a heart attack while travelling to Dunedin Hospital.

However, Mr Andrews' stepfather, Bruce Cawley, last night said he heard his stepson had not been wearing a life jacket.

"I am disappointed to hear that — he had it in the car but didn't wear it.

It was going to be a "long road" of recovery for Mr Andrews.

Veteran whitebaiter Barry Fraser arrived on site during Thursday’s incident and said it was a mistake. 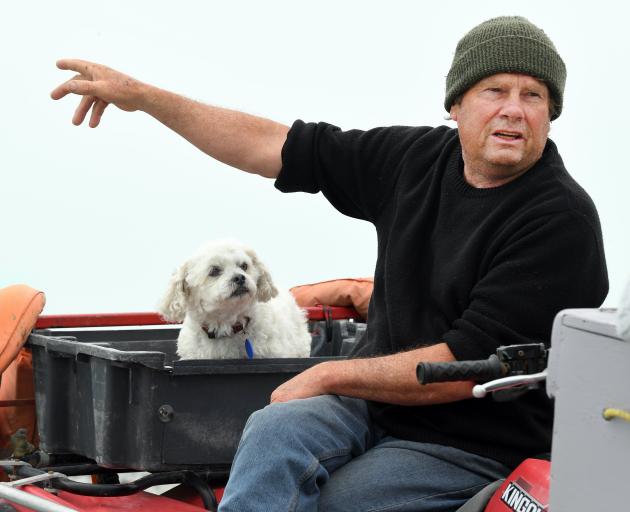 Veteran whitebaiter Barry Fraser and his dog Peanut at the Waitaki River mouth.

"Something happens ... and you don’t get a second chance — that’s just the way the river is."

Over the past three weeks, two whitebaiters, each with more than 15 years’ experience, had been swept from the north side of the Waitaki River mouth out to sea.

In the incident last month, a man wearing a life jacket returned to shore unaided.

For 35 years Mr Fraser has visited the river, witnessing several accidents, with "some success, and some not successful".

Fishermen should know their capabilities and safety precautions, such as a life jacket or wetsuit, were important, he said.

"It’s good, because if you go out it increases your chance of coming back ... but it also gives people a false sense [of security], and that doesn’t mean to say you’re coming back."

He carried extra life jackets on his quad bike, "threw them out" to people in need, and said everyone looked after each other on the river mouth.

The river was particularly unforgiving for new fishermen, and those with experience tried to keep them from making mistakes.

"Ninety percent of them take your advice, but we’ve got no authority over them."

Southern district search and rescue co-ordinator Senior Sergeant Brian Benn confirmed police would host a public "prevention and education" meeting in Waitaki in the wake of the two incidents.

It followed meetings held in Taieri, after two rescue operations there earlier this year.

"The message is, if you are around water, nearby, on the shores ... it makes a lot of sense to be wearing a life jacket. It’s not what the law says, but it’s for keeping you safe."

Kaik Fishing Village Camp resident Janet Chappell noticed more people had been swept away in the last few years, but said it could be the result of higher river levels.

"If you’ve got a high river and it’s tucking away at the back of your feet, you’re going to go in."

"The waves have been pushing two ways ... and it just sucks people in."

Glenavy Fishing Camp residents, who declined to be named, said the river had been more dangerous recently than in recent years.

"It’s dangerous, but you’ve got to take care of yourself. Don’t be silly and don’t take risks."