By Kayla Hodge
0 Comments
The Waitaki District Council is not prepared to risk another serious accident at Oamaru’s Humber St overbridge.

The council has closed a section of the street to all traffic and is investigating new signage options after a car was crushed by a large truck that struck the bridge and rolled on to its side on Thursday.

The driver of the car, a 43-year-old Oamaru man, escaped serious injury, receiving a broken nose and several abrasions but was airlifted to Dunedin Hospital.

It was the third time a truck had crashed into the overbridge in the past 18 months.

All other options had been exhausted, and the street closure was to ensure public safety, Waitaki District Council roading manager Mike Harrison said.

"I can’t risk having another injury — I couldn’t sleep at night," Mr Harrison said.

After the previous incident six months ago, the bridge’s height was surveyed and the overhead clearance advance warning signs were checked. 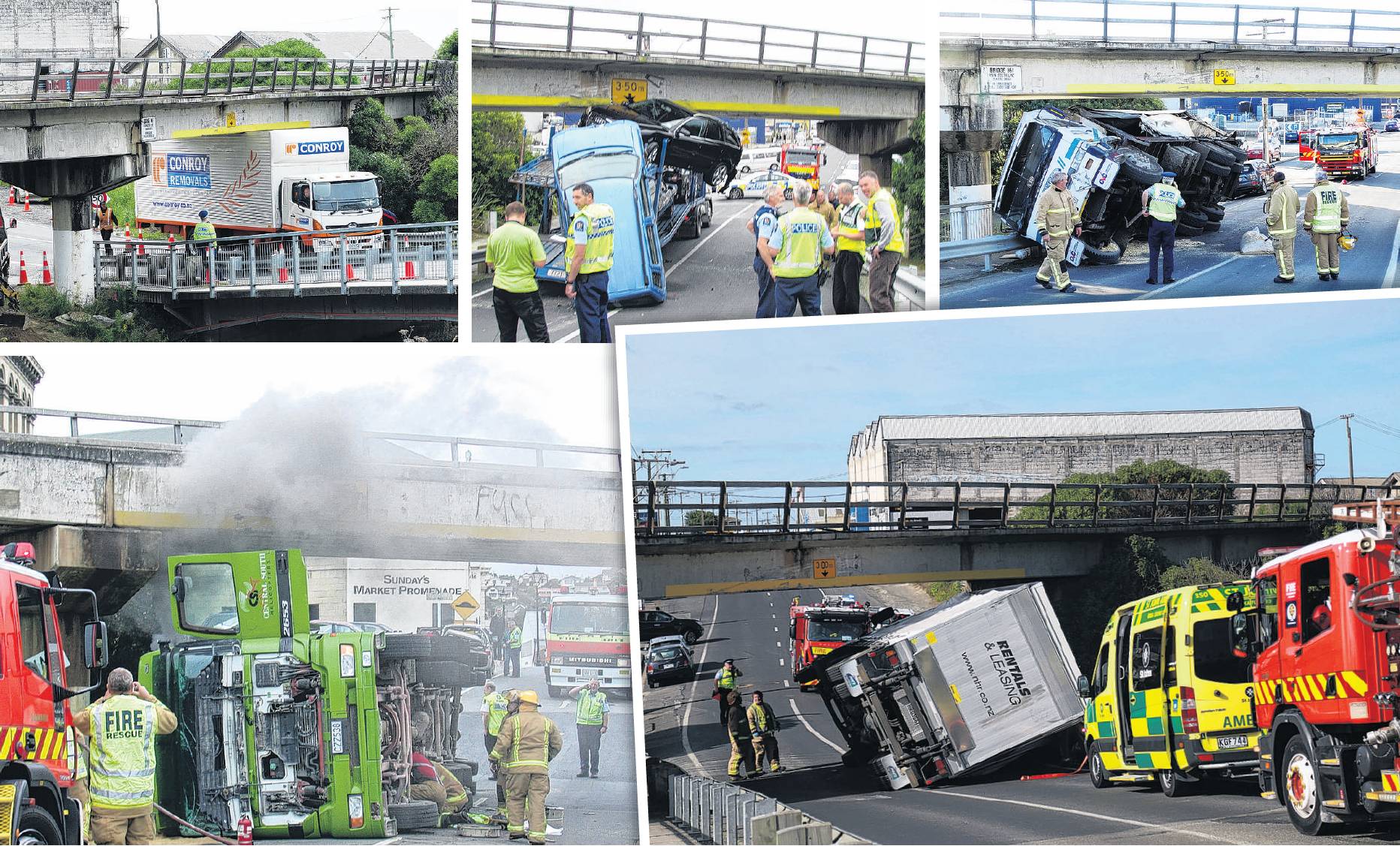 There have been several crashes or cases of trucks getting stuck under Oamaru’s Humber St overbridge in recent years. Photos: ODT file

"We lowered it down so that there was less terrain for drivers to make an incorrect choice but it just didn’t work," he said.

The council was looking at installing new signs, which could audibly and visually warn drivers of the bridge’s height.

"There [are] so many signs on the roads now ... Signs by themselves don’t change drivers’ behaviour."

Drivers should always check the clearance signs, and know their vehicle’s height, he said.

The section of street would be reopen next week but heavy vehicle access would be restricted until new signs were installed.

Mr Harrison acknowledged there would be some disruption but said it was important to "deploy all available resources in the hope that we can prevent this happening again". 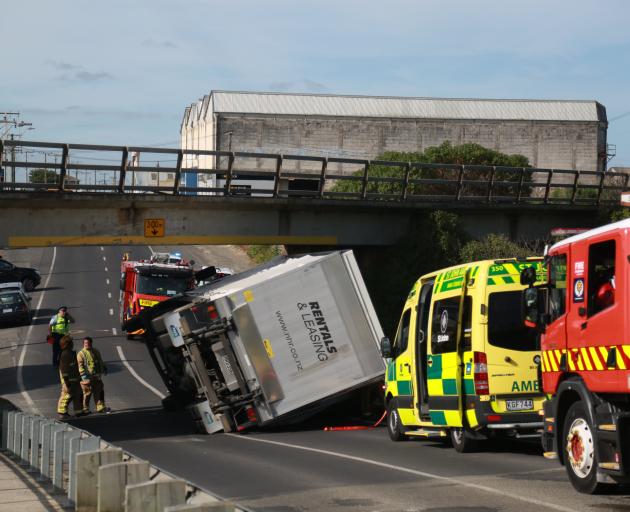 There have been several crashes or cases of trucks getting stuck under Oamaru’s Humber St overbridge in recent years.

"This is how we can actually ensure that the disruption is only for a short period, rather than a lengthy recovery."

The council’s roading team would continue to monitor the area closely.

A KiwiRail spokesman said the rail line was closed for an hour after the incident, and a detailed bridge inspection took place yesterday.