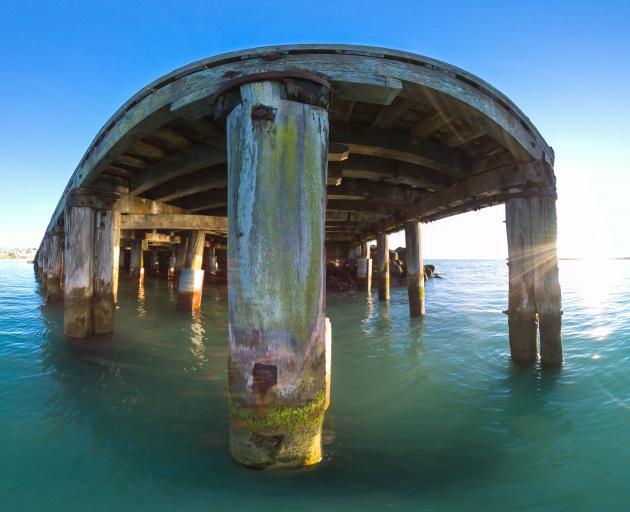 Virtual Waitaki offers people the chance to see places in Waitaki from a new perspective, such as Oamaru's Holmes Wharf. PHOTO: SUPPLIED/DEREK GOLDING
All it takes is a click and you can be at the Puketapu hill or Benmore Dam.

At least that is the case when using Virtual Waitaki, a new website that allows people to take virtual tours of businesses and beautiful locations around the Waitaki district.

It was 95% completed by February and has more than 15,000 360-degree images, from underwater rock pools on the coast to Clay Cliffs in the east — and there was more to come.

This type of photography was nothing new for Mr Golding, as he had been researching embedded photography software for about 12 years.

Originally from the United Kingdom, Mr Golding fell in love with New Zealand in 1998 during a six-week holiday in the North and South Islands.

Having decided to stay, he soon got a job as a nurse in child and adolescent psychology in Christchurch, where he met his future wife Tamin Wilson.

In 2008, the couple moved to Ms Wilson’s hometown of Oamaru with their daughter Poppy (14), and had their second daughter Maggie Golding (10) three years later.

It was about this time that Mr Golding switched careers and became a photographer. 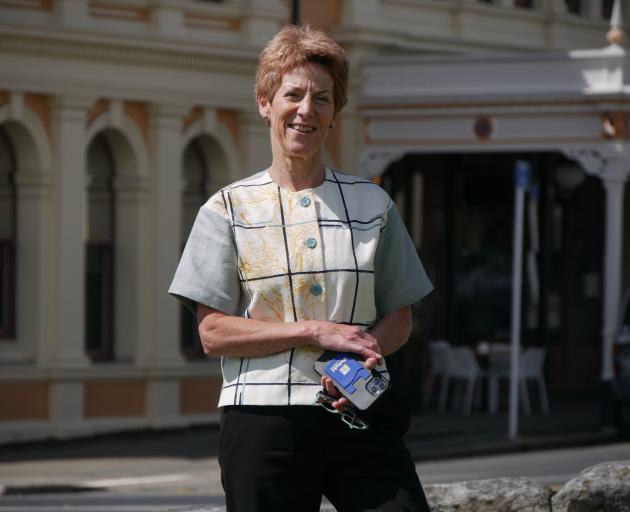 Waitaki District Council business attraction and recovery manager Mel Jones says Virtual Waitaki will showcase the district’s assets not only to outsiders, but locals too. PHOTO: RUBY HEYWARD
Now he is a trusted Google photographer and has added more than 6000 images to Streetview over the past six years, garnering 23.9 million views worldwide.

Before the Covid-19 crisis, Mr Golding photographed more than 300 different businesses between the Bay of Islands and Invercargill

Over the past two years, that travel time had declined dramatically because of the pandemic — something many people could relate to, he said.

Virtual Waitaki gave people the chance to explore without leaving their homes.

‘‘One of the things I am hoping that people will do with this website is show some of the locations [that are] slightly off the beaten track.’’

Because of Covid-19, people were getting nervous about going to the busier locations, he said.

At its peak, about 200 people could be exploring at Elephant Rocks, but there were nearby places such as Anatini that were just as beautiful and lesser known, he said.

The main focus of the website was for local businesses to access the imagery to use on their own websites or embed tours to encourage people to remain on the website for longer.

Released under Creative Commons Attribution-ShareAlike 4.0, the imagery could be used by anyone to promote the district or their websites, as long as the end product was not charged for.

The Waitaki Whitestone Geopark and Tourism Waitaki already had tours embedded into their websites, and others could do the same by following the instructions provided on the Virtual Waitaki.

The project was boosted by a $30,000 grant from the Waitaki District Council’s Covid-19 recovery support and stimulus fund.

Council business attraction and recovery manager Mel Jones said it planned to work with businesses across the district in creating virtual tours.

Mrs Jones said Virtual Waitaki was not just about attracting visitors, but showcasing the district’s assets to those who lived in the district.

Soon, Mr Golding hoped to add more images of locations that were otherwise inaccessible to the public, such as the Waitaki District Council building’s clocktower interior.