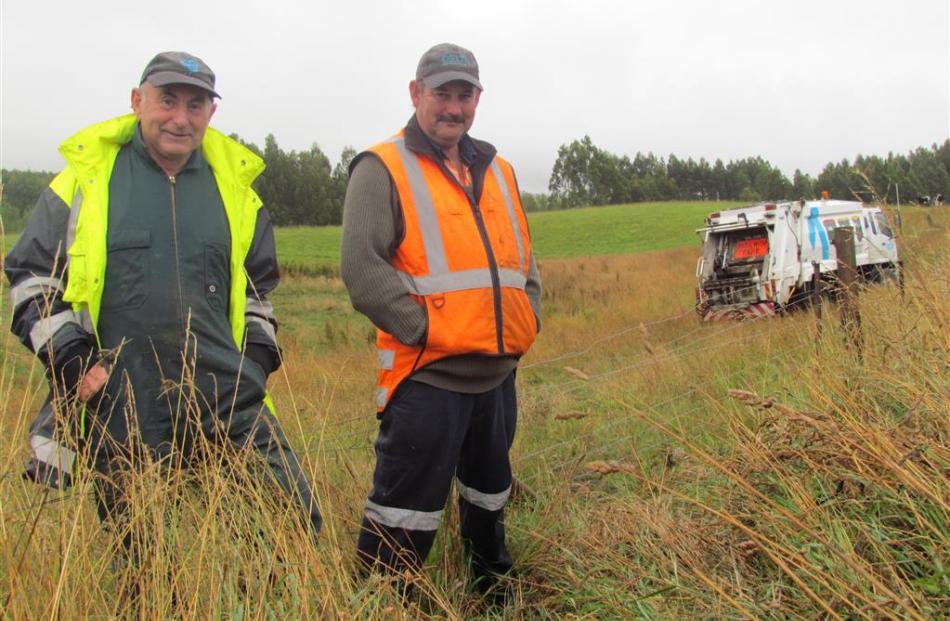 A retired North Otago farmer is concerned more drivers will come to grief if a slushy country road is not repaired urgently.

Alister Calder said that, over the years, more than 60 drivers had lost control on the unsealed portion of Ardgowan Rd just inland from Oamaru, the vehicles crashing through fences on his family's property and others.

The gravel road is in a particularly bad state after recent rain and claimed another victim about 8.30am yesterday when Delta driver Mike McClea slid off the road.

His truck broke one fence post and lifted another out of the ground before coming to rest in a cow paddock.

"We're at the point where I wouldn't even class this as a road,'' Mr Calder said yesterday as he surveyed the black, muddy mess that stretches for several kilometres along Ardgowan Rd.

"It's just a really dangerous situation.

"I actually shudder to think of the school buses coming around here next week.''

Mr Calder, whose son now runs the family farm halfway along Ardgowan Rd, said his family had been campaigning to have the road sealed for more than 50 years.

Previous accidents had included vehicles rolling over and sustaining major damage, and he and other residents believed it was fortunate there had not been fatal crashes.

"They re-did the foundations of the road but it wasn't properly gravelled on top,'' he said.

The Calders' neighbour, Allan Grant, said his wife had been forced to use a different vehicle to get into Oamaru as it was too dangerous for her to use her regular car.

The road was remetalled in October with material that tightened the surface up and significantly reduced corrugations, he said.

"This material performs and looks different from that previously used,'' Mr Voss said.

"While it provides a better surface that requires less grading, it is subject to becoming slightly mushy after lengthy wet periods as we have recently experienced. We have applied grit as a response to the condition.''

The council proposed to raise the crown of the road later this year as a means of shedding stormwater, Mr Voss said.

That would alleviate most of the potholing and lessen water retention.

Mr McClea said he had just driven on to the gravel section of Ardgowan Rd when he struck trouble yesterday.

"It felt like being in some loose gravel and then it just took off,'' he said.

"It almost came to the point where it felt like it was going to roll over.''

Mr McClea was a "bit shaken'' but uninjured, and was able to drive the truck out of the paddock with some assistance from the farm owner.