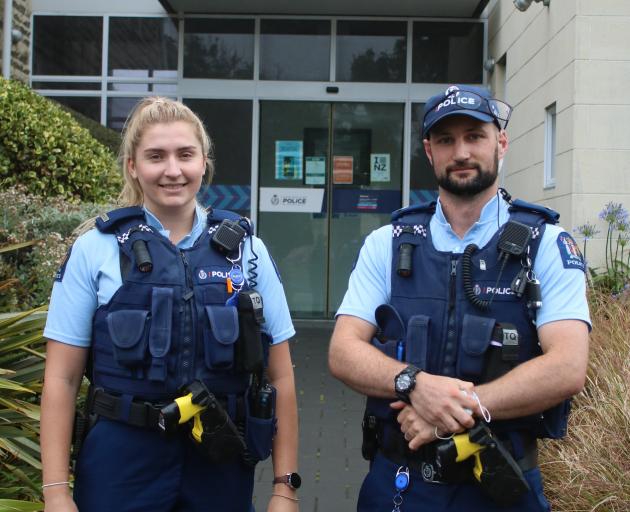 Now, they are close acquaintances having gone through Royal New Zealand Police College together and starting as newest police constables in Oamaru on January 10.

The pair were in the same wing at college, graduated together on December 21, spent a week in Northland after graduation doing ‘‘reassurance community checks’’ and then started in Oamaru.

Const Clarke (24) said it had been a great experience for them, and she was enjoying getting to work on her new beat, having gained hands-on experience in Northland. They were posted in Northland from December 27 for a week, checking on camp sites, and how communities were doing.

‘‘It was like real-world learning and knowledge — it was really helpful,’’ Const Clarke said.

Starting at Oamaru had been amazing. The staff were really comforting, making the transition easy.

‘‘Being a smaller town everyone knows everyone so the role for police is very important. It’s all about relationships and positive impact in the community.’’

Const Clarke grew up in Nelson, and moved to Darwin, Australia, at 13. She worked at the front counter of a police station in Australia and moved to Dunedin more than three years ago, working for the Southern district police file management centre in Dunedin.

Const Sutherland had also always wanted to be a police officer. Growing up in Tauranga, Const Sutherland (32) said fast cars attracted him to police, but his passion now lay in the mental health side of the job.

‘‘Frontline police have a much broader role [in Oamaru] than they do in cities. To me it’s very much about creating a safe place where people can feel safe.’’

Before becoming a police officer, Const Sutherland travelled, and moved to Queenstown working in adventure tourism and outdoor education.

In 2015, he moved to Oamaru, where his wife was from, and worked in a range of jobs, including as a Waitaki District Council regulatory officer.