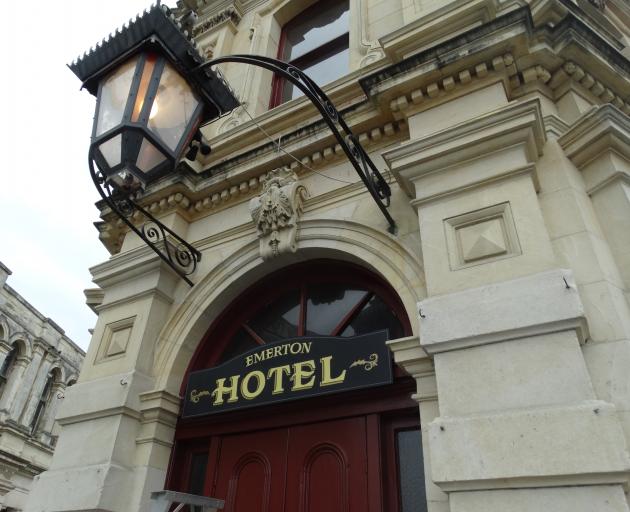 The Criterion Hotel in Oamaru’s Victorian precinct has been renamed the Emerton Hotel for the filming of Netflix production The Power of the Dog, which takes place today. Photos: Daniel Birchfield
It may not have seemed it at first glance when wandering along Harbour St yesterday, but the jewel of Oamaru’s Victorian precinct was indeed being prepared for lights, camera and action.

Filming for Netflix production The Power of the Dog, starring Benedict Cumberbatch and Kirsten Dunst and directed by New Zealand’s Jane Campion, is scheduled to take place in the North Otago town today.

Exactly which scene or scenes are being filmed in Oamaru has been kept a strict secret.

The film’s publicist, Tracey Mair, of Australian-based Tracey Mair Publicity, declined to comment specifically on today’s shooting, but said filming in other South Island locations, including Maniototo and Alexandra, had been ‘‘fantastic’’ and she expected Oamaru to be no different. 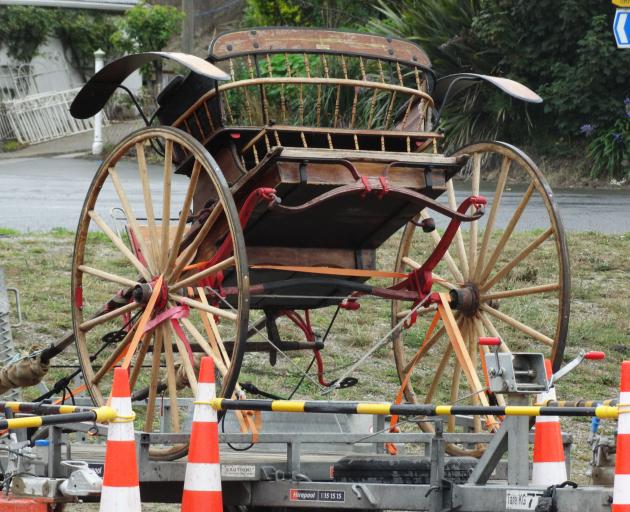 A carriage sits atop a trailer in readiness for filming.
When the Otago Daily Times visited Harbour St yesterday, a crew was working to remove a large sign from Adventure Books, which owner Bill Nye said would be put back up as soon as filming wrapped.

The Criterion Hotel had been renamed the Emerton Hotel.

Several trucks and caravans were parked in a fenced-off area in the car park next to Scotts Brewing Co, as was a vintage horse-drawn carriage mounted on a trailer.

Presence on Harbour owner Dawn Brown said some work to prepare the street was done yesterday, but not as much as she expected.

‘‘They are putting sand down to cover the tarmac and they have been taking the street signs down. I think they are shooting where Carol [Edwards] had her photo business, but I don’t know what they are doing down the main [street] here.’’

She said business owners had received a letter informing them the street would be closed for filming today.

‘‘I believe it’s a couple of small scenes from the film that are being done, so we are not going to feature quite as much as we will be on the Mulan movie.’’

Website IMBd describes The Power of the Dog as a drama in which a ‘‘ pair of brothers who own a large ranch in Montana are pitted against each other when one of them gets married’’.