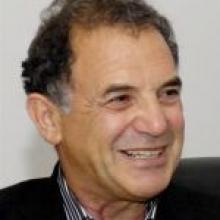 About 70 people were at the club's meeting to hear Carisbrook Stadium Trust chairman Malcolm Farry and trust commercial manager Guy Hedderwick put the case for the $198 million covered stadium being built in Dunedin.

They got a sympathetic hearing, even though Mr Farry said he would not be afraid of "nasty, controversial questions" which "can be quite fun".

None arose, with the most sticky question being whether North Otago versus Otago could be the first rugby game at the new stadium.

Mr Hedderwick said the first major event would be the World Cup rugby, but before that a rugby match would have to be held to try out the new facility.

"If you can arrange North Otago versus Otago, it will be there," he said.

Mr Farry said the trust had a guaranteed fixed price contract to build the stadium.

Everyone involved, including the contractors, had a passion to ensure the stadium was brought in on cost.

Other questions included how much it cost for corporate sponsorship and what was available, what the temperature would be inside the stadium for sports events, whether growing grass would be a problem, how the trust could ensure the complex was self-sustainable and who would own it once completed.

One question was whether fireworks displays at sports events could be held.

Mr Hedderwick said that was not possible, but light and laser shows were.