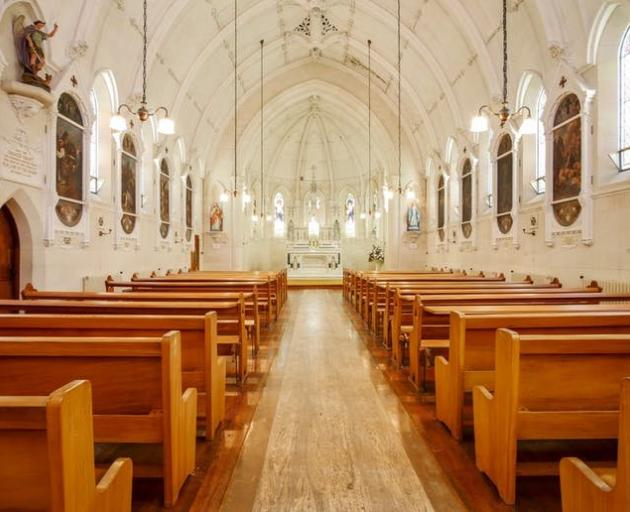 The Teschemakers chapel is protected with a category B designation in the Waitaki District Council’s district plan. PHOTO: SUPPLIED
There has been "steady" interest in the sale of Teschemakers Resort, with its collection of old school buildings, a cottage and a chapel, real estate agent Robin Hyndman says.

The former Catholic girls’ boarding school-turned accommodation, wedding venue and conference centre, south of Oamaru, has been owned by Penguin Pacific Ltd since 2017.

Marketed though Bayleys, Teschemakers was listed for sale this month, and is described as "a wonderful opportunity to have a business operation that requires attractive accommodation, spacious conference and meeting rooms within pleasant surroundings and a tranquil setting".

The main building has 18 guest rooms, as well as meeting rooms, a full commercial kitchen and large dining room. There is also a stand alone cottage, old classrooms and dormitories and a chapel on the 10.71ha property.

While the sale price is not disclosed, it has a capital value of $3.5 million.

"Inquiry is quite steady, as one might expect from such an offering," Mr Hyndman said. 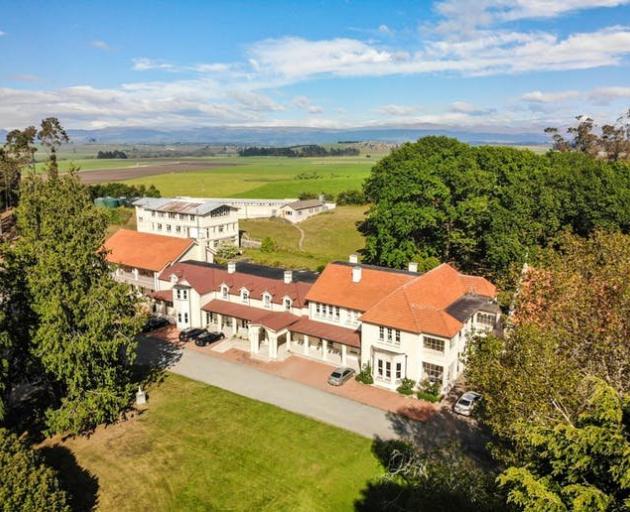 Teschemakers Resort, formerly a Catholic girls’ boarding school that is now operating as accommodation, a wedding venue and conference centre, has been listed for sale. PHOTO: SUPPLIED
Penguin Pacific director Sean Zhang declined to comment on the sale.

Originally part of the Taipo Estate, the Teschemakers property was bought by William Teschemaker, one of North Otago’s early runholders, in 1860. It was sold to John McCarthy in 1905, and the homestead and some land was later gifted to the Dominican Sisters for the purposes of establishing a girls’ boarding school.

The school closed in 1977, and later became a conference and retreat centre.

In 2000, the property was sold to a Japanese businessman, the late Dr Hirotomi Ochi, who planned to turn the school into an international health sciences centre.

However, three years later a fire destroyed the original homestead and convent, which were rebuilt as residential accommodation, with meeting rooms and a full commercial kitchen. Dr Ochi died in 2005, shortly before the refurbishment was complete.

The property was then bought by a North Otago couple who established a wedding and conference venue.

Penguin Pacific bought the property in 2017, and it was incorporated into Mr Zhang’s international tour bus operation Reach Coach, then choosing the title Teschemakers Resort.

While Covid-19 had disrupted the international tour business, in January, Teschemakers Resort manager Judy Zhu told the Otago Daily Times there had been an influx of domestic travellers wanting to stay at the resort, which had previously been booked out in advance by the overseas market. It was also being used for conferences, functions and weddings.