By Kayla Hodge
0 Comments
It has been the train without a name for more than 10 years.

Not anymore — the Oamaru Steam and Rail locomotive’s name, Husky, was unveiled yesterday at the Harbourside Station.

Two name plates were posted on either side of the locomotive’s body, and were a tribute to the train’s "husky" classification.

Oamaru Steam and Rail restoration society former engineer John Paul, who spent the past five years working on the name, was delighted to give the locomotive a name. 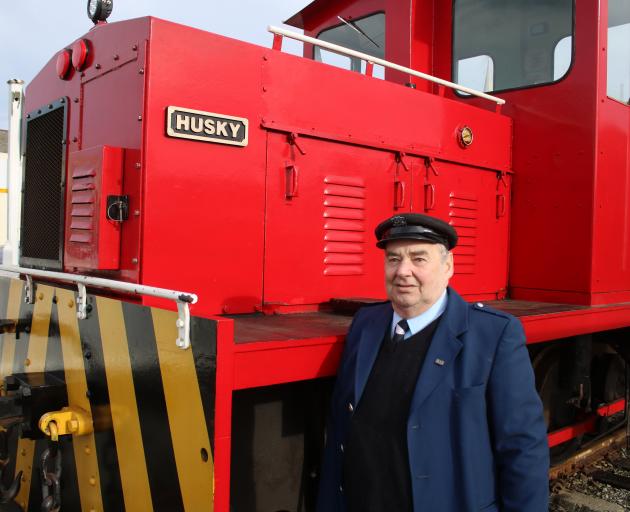 Oamaru Steam and Rail restoration society former engineer John Paul spent the best part of five years getting the name for the locomotive ready. PHOTO: KAYLA HODGE
Mr Paul worked through design concepts, and patterns, and had the two brass plates made up and polished before they were installed.

The train arrived at Oamaru Steam and Rail about 11 years ago, having previously worked at Pukeuri freezing works and in Wellington.

A group of loyal workers gave the train a full service, with new bearings and paint, as its new custodians.

However, the train was still without a name and that did not sit right with Mr Paul.

After yesterday’s unveiling, the normal Sunday train service took people on trips from the Harbour Station, as a loyal band of families celebrated the occasion.