By Rebecca Ryan
1 Comment
Tourism Waitaki’s new winter marketing campaign is not hitting the spot for a lot of locals, but general manager Margaret Munro says the organisation is proud of its promotion of the district.

The 16-week marketing campaign, dubbing the Waitaki district "The Sweet Spot of New Zealand", was launched last month. It includes an 11-episode series of videos following a group of characters finding their individual "sweet spots" across the Waitaki district.

New Zealand comedian Tom Sainsbury stars in one episode, while another episode follows a scientist searching for the formula that will uncover the sweetest spot in New Zealand.

The most recent episode features a social media influencer named Kandy, who is visiting the Elephant Rocks.

It prompted a decidedly mixed reaction online, criticised for the mispronunciation of "Waitaki" and for featuring a man who follows Kandy, and watches her from behind a rock at the remote location.

It has since been deleted from Tourism Waitaki’s social media channels.

Mrs Munro said Tourism Waitaki wanted to own the "quirky culture" of Waitaki, and draw curiosity and a desire to learn more about the district.

The "villain" character in the deleted episode was a nod to a future video, but the two story lines did not come across as Tourism Waitaki wanted, Mrs Munro said.

She said the correct pronunciation of Waitaki and other townships in the district would be a "focus in the future", but the Sweet Spot campaign was produced "as locals interact with each other in the district from day to day". 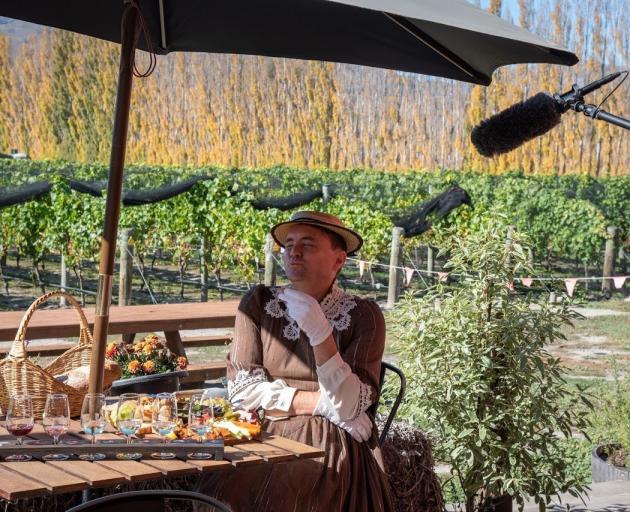 Tourism Waitaki received $17,000 for the campaign from the Government’s strategic tourism asset protection programme, and it had so far come under budget.

The videos had been produced in-house, and the locations were chosen to fit the storyline and proximity to each other, she said. All businesses that were full members of Tourism Waitaki would be featured in some way.

One of those businesses, Whitestone Cheese, pulled its involvement after the first episode was released. Managing director Simon Berry said it was an odd and "poorly researched" campaign that did not align with the region’s brand.

"I usually want to proudly share stories about Oamaru and Waitaki with friends and family, but good grief, not these. Totally bizarre," one person wrote on Facebook.

Mrs Munro was aware of negative comments but said Tourism Waitaki was proud of what it had produced.

"We respect people have their voice and opinions, but also respect these don’t reflect all people in our communities, either," she said.

Waitaki Mayor Gary Kircher, who features in the first episode of the campaign, thought the concept had "great potential".

The Waitaki District Council did not have an oversight of everything Tourism Waitaki produced, he said.

"They’re in a better position to respond ... than we would be," he said.

He had not seen the most recent episode, nor was he aware it had been taken down.

Picky complaints. Back to the drawing board for Ratepayers' money. You do realise Jim Hopkins is voicing?