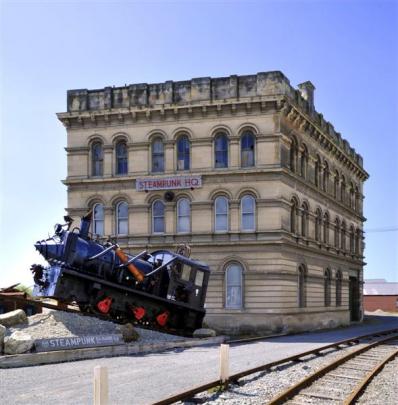 Oamaru has again proved it is hip to be square.

The functioning Victorian town, which embraces its traditions, is one of only two New Zealand attractions included in Cuisine magazine's global list of the 25 "hippest" holiday destinations for 2012.

The list, compiled by Amanda Hyde, was topped by Dartmoor in England, and features holiday hot spots in 23 countries spanning six continents.

Oamaru was described in glowing terms, with "spectacular scenery, good food, top wine and cute penguins" listed as key attractions, while Steampunk HQ on Humber St at the end of Itchen St also rated a mention.

Tourism Waitaki general manager Hugh Packer described the article as a coup for Oamaru and for the Waitaki district as a whole.

The magazine's staff had been in touch in mid-January asking for information for the article, Mr Packer said.

It was hard to put a dollar value on the worth of the publicity, but the magazine's readership fitted well with the ideal tourist who spent money freely in cafes, restaurants and wineries, he said.

An additional benefit was also expected, as the magazine's staff had expressed interest in writing a follow-up feature on the area to run in May.