Volunteer will help in Samoa 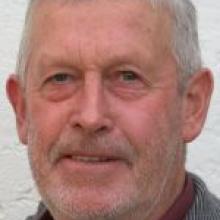 Bill Kingan
From farming crocodiles to helping improve small agricultural businesses, Bill and Shirley Kingan have had a wide variety of experiences under Volunteer Service Abroad.

Mr and Mrs Kingan leased out their Enfield farm, then joined the New Zealand organisation which, since 1962, has been sending volunteers overseas to help other countries and communities improve their lives.

Already, Mr Kingan has done two stints, each lasting two years, and is now planning a third, this time for three months helping Samoa's Small Business Enterprise Centre based in Apia to improve the productivity of small businesses in the agricultural sector.

His first was from 2001 to 2003 in Papua New Guinea, where he managed a farm raising cattle, pigs and crocodiles at Ossima, in the Sandaun province.

Then, from 2008 until last year, he was farm business adviser at Vudal University in Papua New Guinea, where he worked with farm staff, lecturers and students.

During that time, he also coached the university's rugby team, convincing the North Otago Rugby Union to give a set of its jerseys to players who had no uniform.

After that, he felt he had done his bit, but the prospect of short-term volunteer service appealed and he accepted the three-month position in Samoa. Will it be their last?

The idea of a shorter term has appealed to them, especially spending the winter in Samoa.

There he will work alongside people in the Government-funded small business centre as well as clients. He will be assisting small agriculture businesses to improve productivity and performance, regardless of their size or scale.

Mr Kingan supports Volunteer Service Abroad as a way for New Zealanders to help other countries. It works with people in the Pacific, Asia and Africa, using the skills and energy of New Zealanders to strengthen communities striving for change.

Volunteers are recruited to help in four key areas - economic development, social development, education and health. At any one time, it could have about 100 volunteers in the field in 12 countries.