By Daniel Birchfield
0 Comments
Over the past few days, Donna Powell has been roaring around the highways of New Zealand in her underwear - Wonder Woman underwear, to be exact.

She was one of about 70 female motorcyclists who passed through Oamaru yesterday as part of the New Zealand leg of the Women Riders World Relay, which started in Waitangi on Saturday and finished in Invercargill yesterday, stopping in Taupo, Wellington, Picton, Christchurch and Oamaru along the way.

New Zealand leg co-organiser Ms Powell, clad in leathers with the comic strip heroine underwear on the outside, said the unusual choice of fashion was to ''bring a little bit of fun'' to the event, which aimed to address what many female motorcyclists considered a serious issue.

''It's to raise awareness of women in the motorcycle industry. We often find when we go into bike shops or go to buy new gear there's always a lack of product, or it's always pink.'' 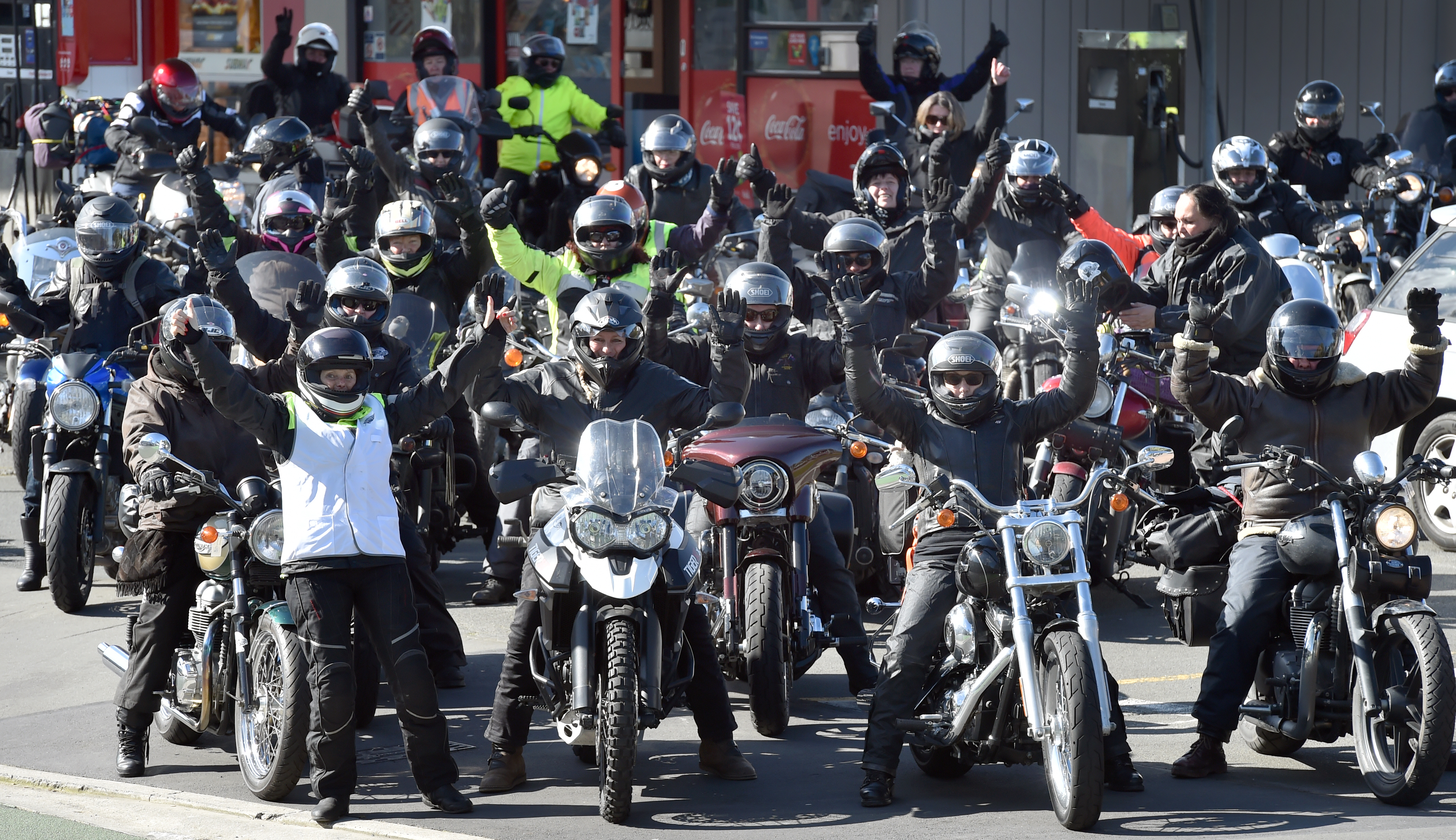 About 70 women motorcyclists gather at a North Dunedin service station to refuel and regroup yesterday before heading to Invercargill on the final leg of the Women Riders World Relay. Photo: Peter McIntosh
The relay started in the United Kingdom in February and since then, thousands of women have banded together to ride in more than 80 countries.

During the New Zealand leg some, like Ms Powell, have ridden for all of the four days, and others only specific sections.

She said it had been a memorable experience.

''It's been very intense ... but it's been absolutely awesome. We've met some great ladies along the way. It's been a great ride.''

A single wooden baton has accompanied riders around the world.

Julie Reed, of Loburn in North Canterbury,carried it in to Oamaru.

''I feel very privileged and it's quite an honour,'' she said.

The event was founded by UK woman Hayley Bell tobring ''fun, experience, confidence and a sense of unity to women riders globally''.

As for the underwear, Ms Powell said ithad been a talking point among her peers.

''It was never going to be an easy journey. We're all kind of like Wonder Woman, powering through hundreds of miles each day. Everyone's been taking pictures of my bum for the last four days. It's a bit of fun.''