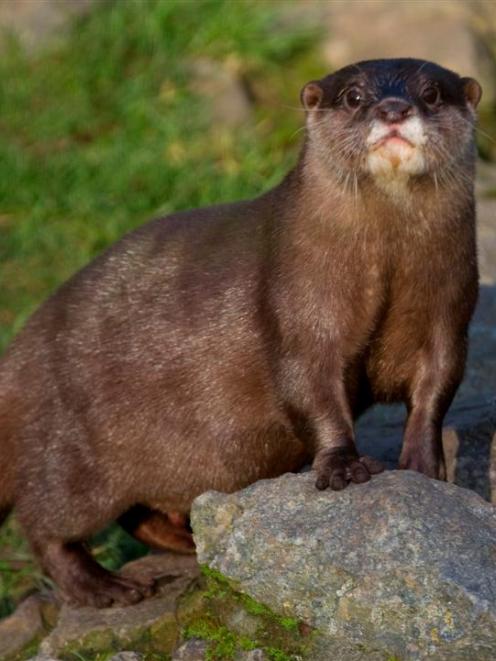 An otter patrols the riverbank. Photo by Tony Hisgett/Wikimedia Commons.
For Dunedin resident Alan Cotter, an article in yesterday's Otago Daily Times may have answered a decades-old puzzle about what he saw swimming in the Oreti River in the early 1960s.

Invercargill natural history teacher and author Lloyd Esler is seeking people who have seen unusual animals in or near southern rivers and swamps.

He is hoping to solve a 240-year-old mystery - whether a population of otters is living virtually undetected in southern New Zealand, or, if the creatures seen by dozens of people over the years are not otters, just what they might be.

''When I read the article and the animal other people had described, it rang a few bells for me. I probably saw an otter too,'' Mr Cotter said.

Mr Cotter, now 65, was living in Winton at the time and saw the creature walk into the river and swim upstream. Ted Young, of Waverley, Dunedin, contacted the ODT to say he was adamant he saw an otter in the Hollyford Valley in 1972 while working as a professional deer shooter.

The ''rabbit-sized'' animal looked straight at him - ''screaming'' as he had heard otters in a zoo do - before entering the water and swimming about 10m. He reported his experience to a park ranger in Te Anau, who told him other people had seen otters in the same area.

Mr Young was intrigued enough by the experience to contact Dunedin wildlife expert John Darby. Mr Darby showed him a map pinpointing sightings of otters or otter-like creatures over the years and told him his theory was otters had been brought to New Zealand by sealers as pets and had escaped into the wild.