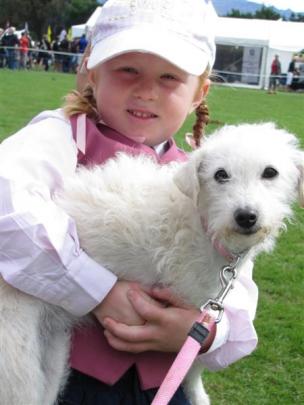 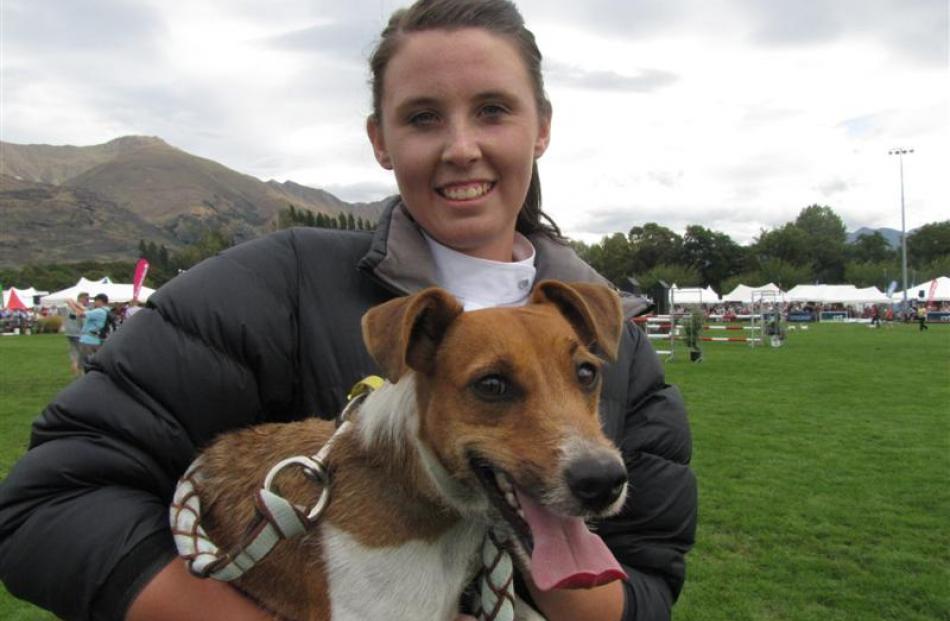 Samara Buchanan (18) with Harry (1), the winner of the Jack Russell race. Photo by Marjorie Cook. 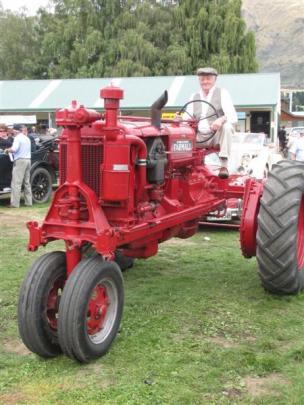 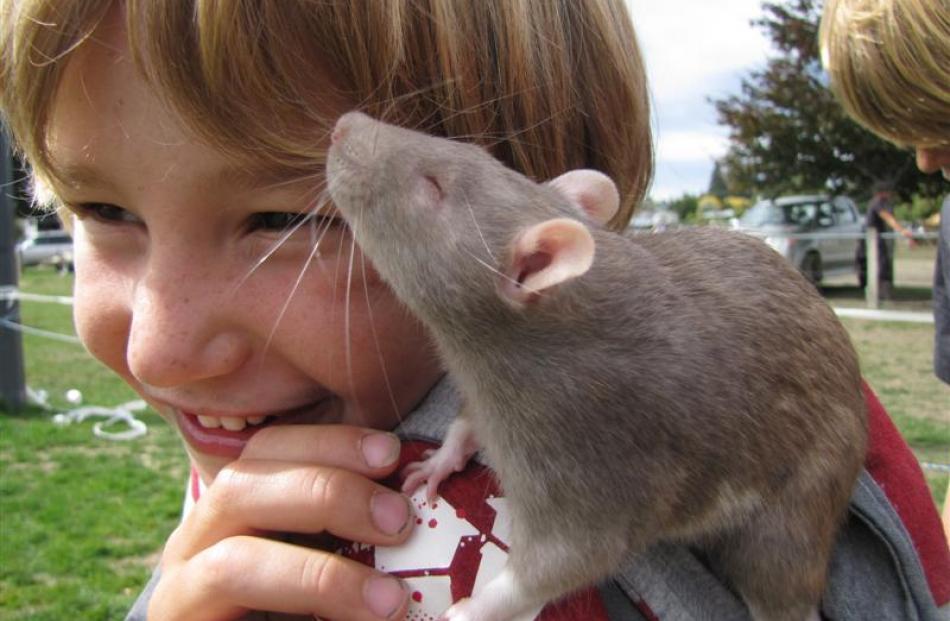 Corin Suddaby (6) of Hawea Flat, with her one-eyed rat Pandora (1). They won the most unusual pet award. Photo by Marjorie Cook. 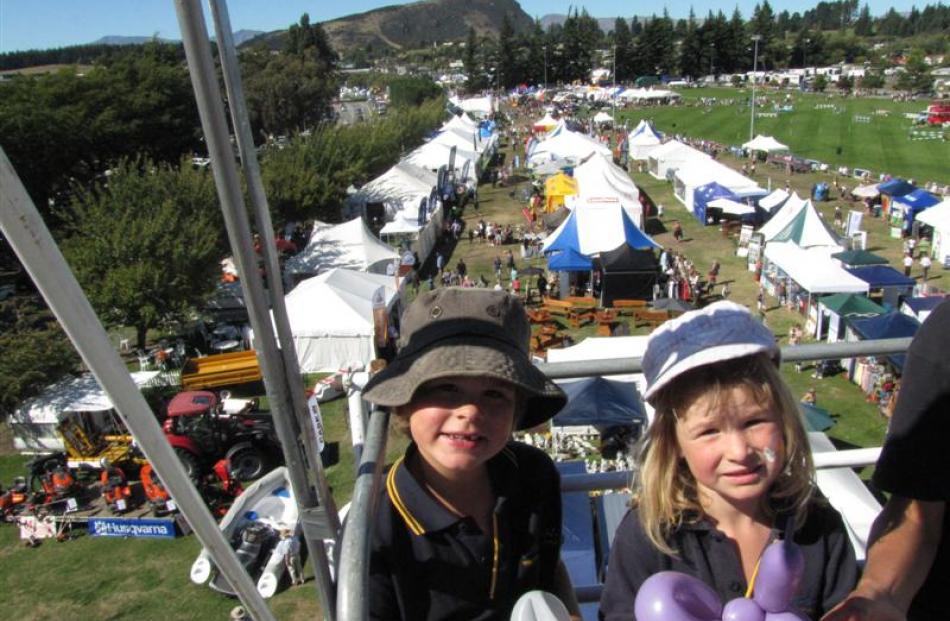 Harry (7) and Eve (5) Gilbertson, of Wanaka, enjoy a ferris wheel ride at the Upper Clutha A and P Show on Friday. Photo by Marjorie Cook.

Visitors flocked to Wanaka at the weekend to enjoy the 75th Upper Clutha Agricultural and Pastoral Show, which was celebrated on Friday and Saturday in calm, clement conditions.

Local lore decrees it shall never rain on show weekend and mercifully for the visitors, at least, the torrential downpour held off until Sunday.

Attendance figures were not available yesterday but organisers expected to have matched or exceeded last year's crowd of 18,000.

With 426 trade exhibitors providing a shop-till-you drop experience, one could have been forgiven for thinking the nearby town centre might be a quiet haven.

But the supermarket and many cafes were all clamour and chaos as they provisioned hundreds of mountain bikers who had converged on the town for the annual Motatapu race between Glendhu Bay and Arrowtown.

Prime Minister John Key was at the show all day on Friday and All Black coach Steve Hansen was there on Saturday.

Both were popular with the people, posed for many photos and helped judge various competitions.

Mr Hansen opened the show on Saturday and congratulated the show organisers for putting on the best A and P show he had attended.

New Zealand had a long tradition of A and P shows and Wanaka could be proud of its show, he said.

Mr Morris has been a show society member since 1966, chaired the show in 1999-2000 and still serves on the wool committee.

Mr Morris said his late father, Lindsay Morris, also a life member and president in 1955-56, used to own a 1938 McCormick-Deering tractor model 10-20, which was slightly smaller than the 75-year-old tractor he was driving on Saturday (which is owned by George Wallis).

Mr Morris purchased Corbridge Downs in 1965 and sold the homestead block in 1993 but retains 69ha on Mt Barker Rd.

The remainder of Corbridge Downs is now owned by a partnership of about eight people.

In the 75 years of the show, Mr Morris has missed only six - three during World War 2 when the show was not held (he was a baby then anyway) and three while he was at high school.

"It has been a good growing season so consequently fleeces had very little break in them; virtually no fault," Mr Morris said.

Mrs Howie said while the society was reflecting on the changes over 75 years, "our core purpose of showcasing our rural background is still as strong as it was at the inception of this event."

Some stock breeds had come and gone but scones and pikelets remained a staple table fare of the country home and were among the many home-made products still being judged, she said.

Dogs featured strongly in the pets parade this year, with the most unusual pet prize being awarded to a grey, one-eyed rat named Pandora.

The rat's delighted owner Corin Suddaby, of Hawea Flat, explained Pandora was "born this way" and had not lost her eye in an accident.

Pandora is well-known to pupils at Mt Aspiring College because she usually lives in a box in the class of year 8 pupils taught by Corin's mother, Michelle Suddaby.

Samara Buchanan (18), of Cromwell, was celebrating the prowess of her pet Jack Russell, Harry, after the young dog defeated all-comers in the annual Jack Russell race.

While "very proud" of Harry, she was not surprised he had won because he had been so hyped up before the race, Miss Buchanan said.

"Many of the competitors got confused by all the others," she said.