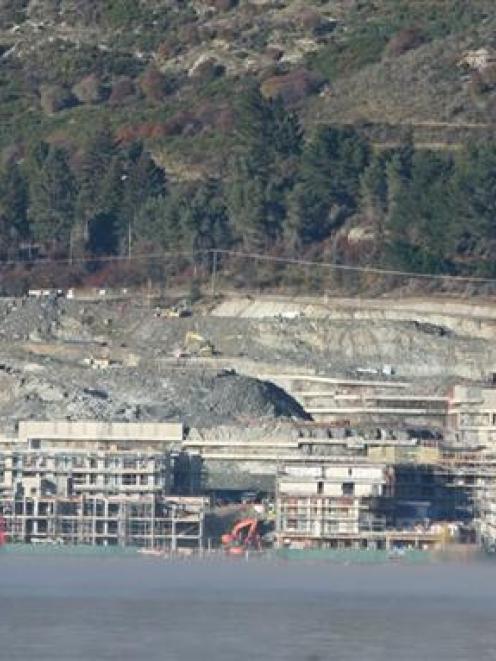 At the time, KordaMentha receiver Brendon Gibson said funding had been secured for two weeks while receivers assessed construction costs and associated revenue streams for the development.

Yesterday, after inquiries by the Queenstown Times, the receivers released a brief statement, saying the evaluation process of the development was "progressing".

Work was continuing "as usual" on stage one of the development and no decision had been made on its future.

The evaluation process involved analysing costs "to complete" and evaluating the current presales and other contractual arrangements. A range of stakeholders and affected parties were being consulted.

"Once this evaluation process is complete and a decision is made, the receivers will make a media announcement. At the present time, we cannot provide a definitive date for this announcement."

Melview spokesman Klaus Sorensen said yesterday the company had heard nothing from the receivers.

"We've heard not a word. The ball is in the receivers' court."

Rilean Construction director Stephen McLean said he had not heard from the receivers either.

"I've sent another letter off to them today. I've obviously asked the obvious questions and would like to get some certainty for everybody on site. Everybody is aware the two weeks are up," he said.

The receivers had initially told him to continue work as normal and his payment would be protected, Mr McLean said.

He said he would understand if it took the receivers longer than two weeks to compile a report. "There is a mind-boggling amount of work to do."

His company would continue work as it was contracted to do until he heard otherwise, he said.

The first stage of the development, which began two and a-half years ago, was due to be completed within five months.
The receivers' website shows the their first report is due on August 6.