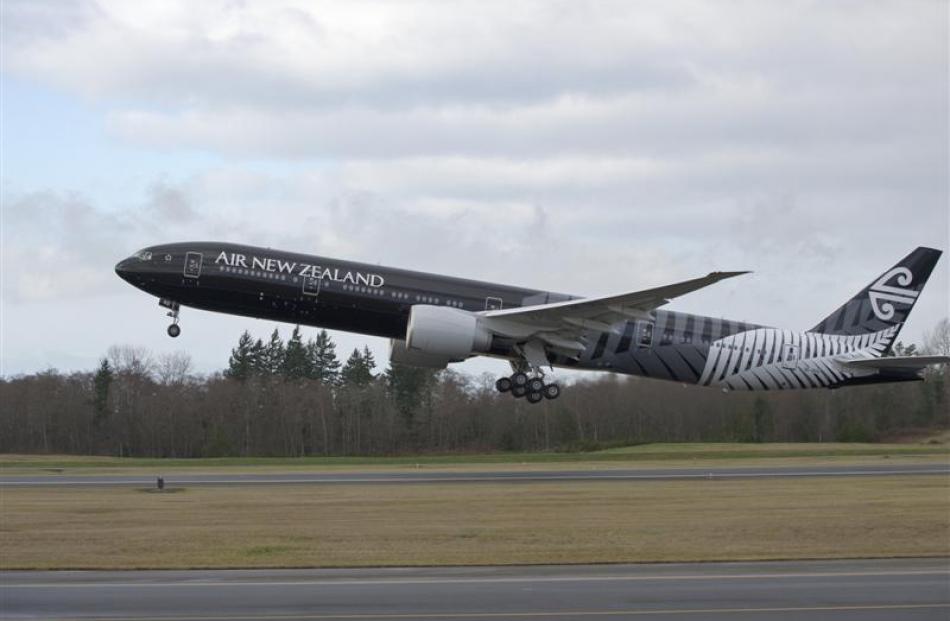 One of the world's largest commercial airliners, normally flown between New Zealand and London, will be making a side trip to Wanaka this Easter.

"It is a massive aircraft, at nearly 74m long with a 64.80m wingspan, and can carry over 300 passengers. It will be a fantastic sight to see it up close as it passes over our small airport."

The aircraft was one of five purchased new by Air New Zealand, she said.

It was larger than a 747 and had the most powerful jet engines on a commercial aircraft worldwide.

Dressed in All Black colours the aircraft will fly over a group of Highlander players, along with All Black Captain Richie McCaw, who are expected at Warbirds Over Wanaka this Easter.

Preparations for the airshow, which begins on Friday, April 6, were progressing well.

Aircraft were practising over the Upper Clutha, construction of stand seating was complete and the airshow village was well under way, Ms Deans said.