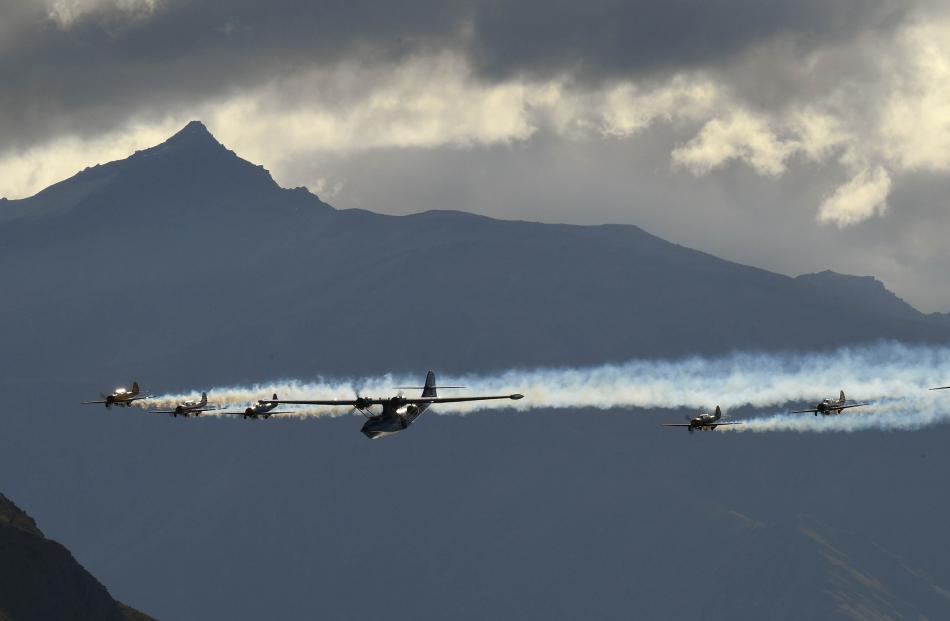 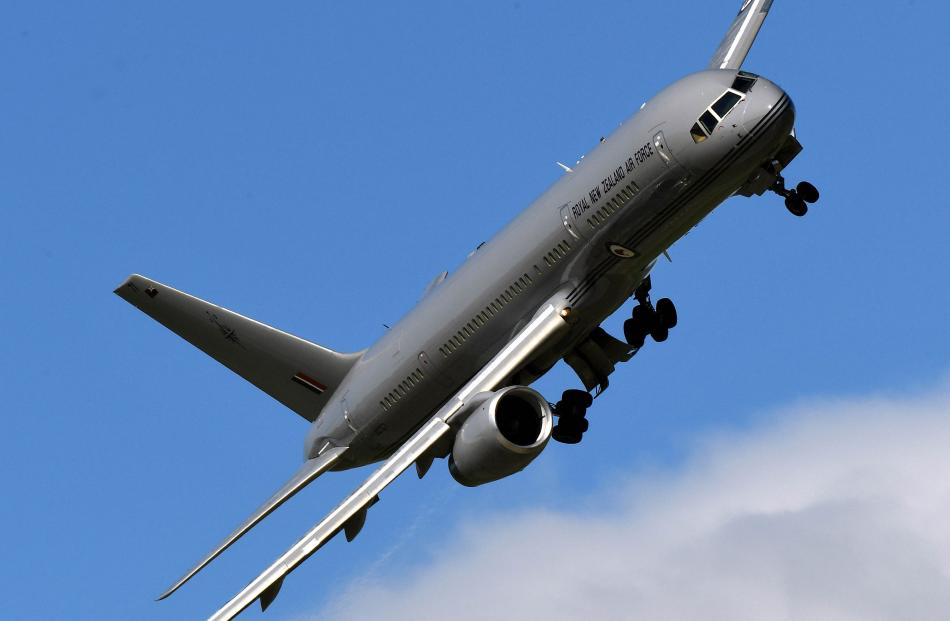 The RNZAF Boeing B757-2K2 lowers its undercarriage for a low pass. 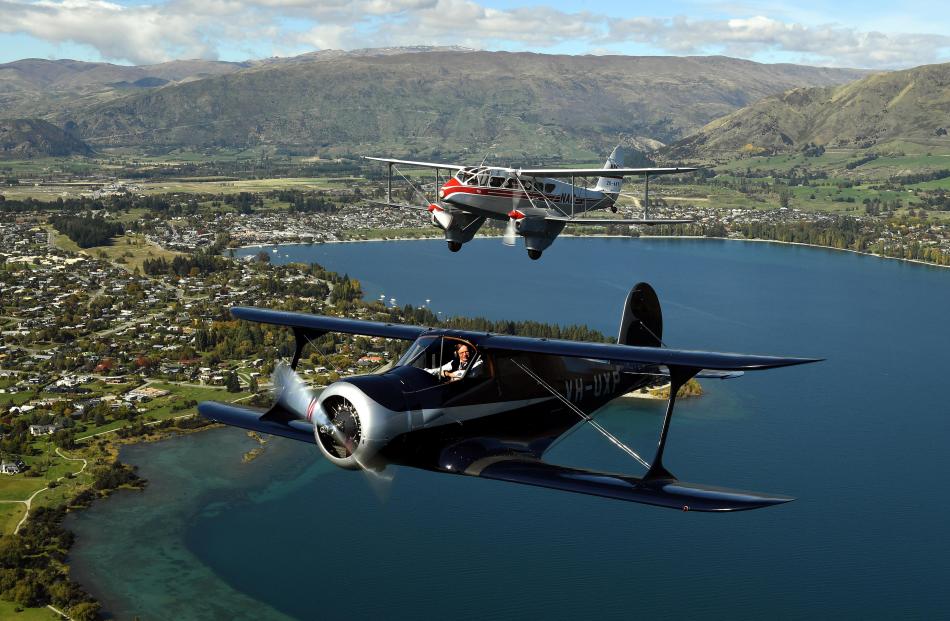 A Wanaka-based Beech Staggerwing and a de Havilland Dominie fly in formation over Lake Wanaka.

It was practice day at the Warbirds Over Wanaka International Airshow yesterday,  and things went so smoothly it could have been one of the show’s two main days.

The weather was fine and calm, the planes all seemed to take off and land on cue and about 10,000  spectators filed in and out the main gates of Wanaka Airport.

The two United States Air Force F-16 jet fighters put in a practice run, and the spectators also got in some practice at gazing skyward, queuing for coffee, peering into aircraft cockpits, eating pies and taking selfies with planes.

Show general manager Ed Taylor said St John Ambulance fixed a few "bumps and bruises", but nothing too serious and he was left with just the odd jobs to do such as raising flags around the ground.

At 4.30pm, attention shifted to a  free half-hour airshow over Lake Wanaka.

Fixed-wing aircraft put on aerobatics displays and helicopters got up close and personal with some of the thousands in the crowd on the lakeshore.

There was a low-level entry by the Catalina flying boat, which landed on the lake and proceeded to  taxi backwards and forwards.

It is 30 years since the first Wanaka airshow was organised by founders Sir Tim Wallis and George Wallis.

The shows are estimated to have contributed $20 0million  to the Upper Clutha economy.