Comparisons with the 1980s movie Top Gun are inevitable when getting up close to F-16 fighter jets.

But don’t mistake “Maverick” (aka Tom Cruise) with the F-16 pilots flying at Warbirds Over Wanaka. Those were F-14s and Top Gun is a navy movie, said Captain Jack Impellizzeri (call sign "Primo"), a United States Air Force pilot based at the US base at Misawa, Japan.

Three pilots and 17 ground crew from the United States Air Force are visiting New Zealand with two F-16s for Warbirds Over Wanaka this Easter.

The planes are based at Christchurch International Airport, because at a landing speed of 150 miles per hour a large runway is needed.

Captain Jack Impellizzeri is training to take over from Major Richard Smeeding (call sign “Punch”), who will be taking to the skies for two shows over Wanaka.

He said the planes would take 30 minutes to fly the 160 miles or 260km from Christchurch to Wanaka, at an altitude of around 25,000 feet. 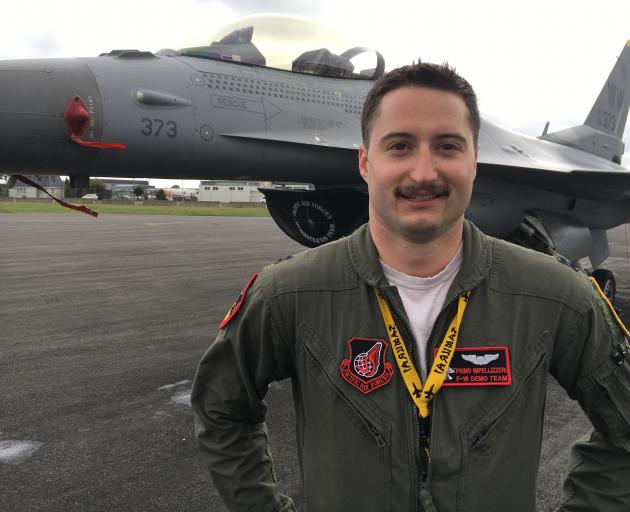 But at top speed the planes could travel at twice the speed of sound.

“In Japan we have specific training areas where we can fly as fast as we want, otherwise we have to keep to international flying rules.

“We probably wouldn’t be very popular if we broke the sound barrier flying over New Zealand.”

“It’s high enough to see the curvature of the Earth, which is really cool.”

F-16s were built for air dominance and were the “fastest raiders” in the skies.

“We can outrun anybody which really helps in getting up behind somebody.” 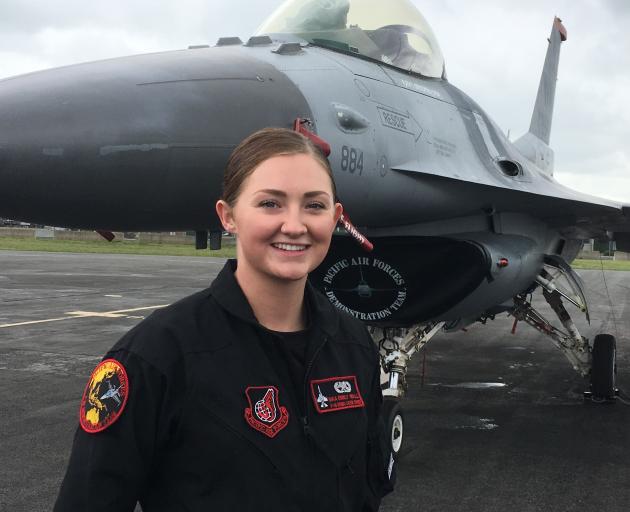 Senior Airman Emily Wall says there are a number of women making their mark in the United States Air Force. Photo: David Hill

Captain Impellizzeri said he enjoyed the “adrenaline rush” when the F-16s “pull up to 9 Gs” or nine times the force of gravity, at twice the speed of sound.

“When you go that fast it doesn’t really feel like anything, its just a needle on the jet which tells you how fast you’re going.

“We get these special G-suits we have to wear, which are pants with special air bladders which inflate and that helps keep the blood flowing through the body and getting to the brain so you don’t pass out.”

But Captain Impellizzeri said the pilots could not do it without the efforts of ground crew.

The planes have been stripped back for the mission of peace in New Zealand and would normally carry two extra petrol tanks and had nine stations on the wings for carrying missiles and bombs. 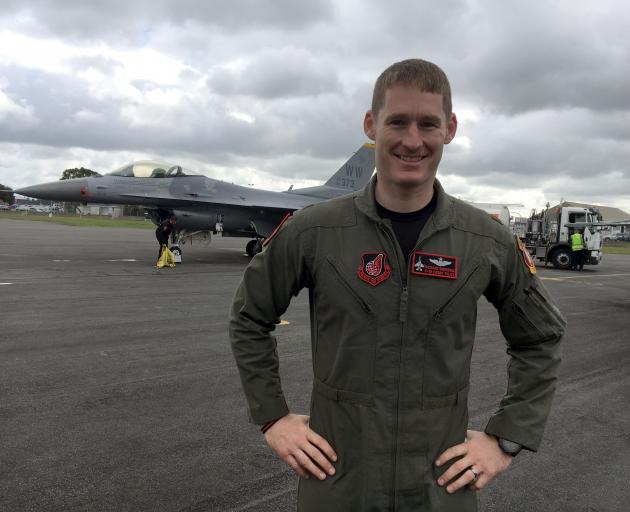 Senior Airman Wall said the crew needed to be physically fit to lift the heavy equipment and there was no exceptions for the women crew members.

But she said there were a growing number of women in the US Air Force, including F-16 pilots.

“There’s more women joining and I hope I can help women to be encouraged to join because it’s not too tough and women can go all the way.”