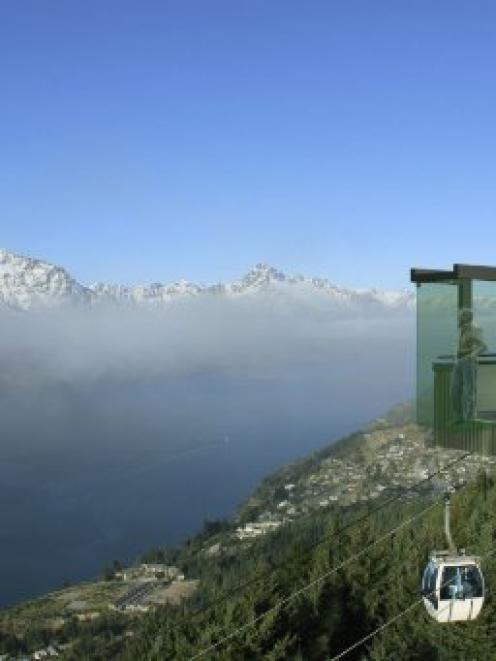 An artist's impression of the Skyline cube. IMAGE: SUPPLIED
The installation of a suspended viewing cube on Skyline Queenstown's viewing deck has been put back until next winter.

In May the Otago Daily Times reported on the company's plans for a glass box on which visitors could walk and have their picture taken.

Skyline Queenstown general manager Lyndon Thomas said yesterday the original plan was to have it in place by early this month, but that was now likely to happen next May or June.

The glass manufacturer and engineering firm involved were busy with other work, and it was getting too close to peak visitor season for the job to proceed.

''It would have been nice, but there is a fair bit going on in Queenstown.''

The 2m-high cube, with a 1sq m floor area, will be suspended from above, and have the capacity to take four people weighing up to 130kg each.