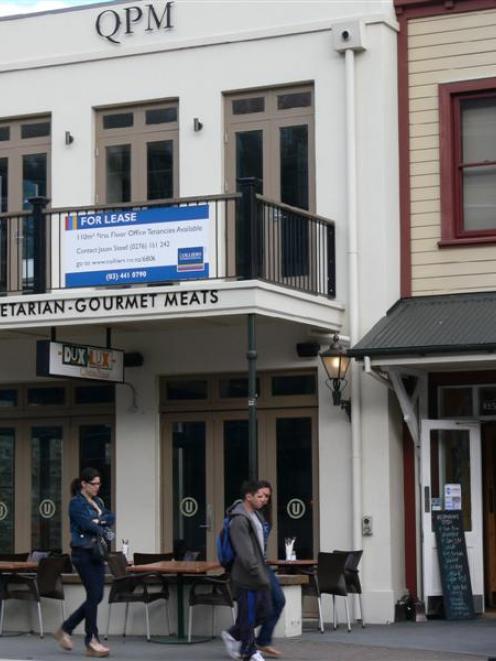 Dux de Lux director and part-owner Ross Herrick said the Queenstown company had a downturn during the winter and the restaurant business had suffered.

Creditors had not been paid for four to six weeks, "some longer", but the company was negotiating with its bank and a prospective buyer which, if it sold, would enable it to "sort out outstanding accounts".

Accounts for September, due on October 20, had not been paid.

Staff were still being paid and if the company was sold, their holiday pay would be a priority, Mr Herrick said.

The Queenstown business was separate from the Christchurch Dux de Lux, although he was manager of that business, he said.

Only the Queenstown restaurant was for sale, not the accompanying bar.

The large dining area in the restaurant had been hard to fill in the winter months.

Mr Herrick said he and the other director, Dick Fife, and managing director Richard Sinke had taken the unusual step of writing to their creditors and asking for patience because they wanted to be transparent.

However, he would not say how much they owed or how many creditors were involved.

Mr Herrick said he had a substantial personal investment at risk in the business and could lose "all but" his house.

"For me personally it's heart-wrenching.

"I've put my heart and soul into it, as did the chef and staff."

The directors said they would advise creditors how financial negotiations were proceeding with a letter every two weeks.

"We, the directors, are totally committed to resolving the financial crisis with a positive outcome for all involved," Mr Herrick said.