Every item touched by the famous 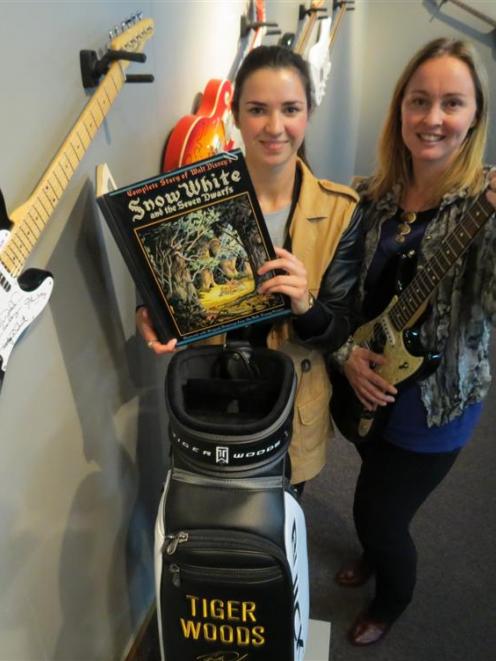 ''Sign of the Times'' opened at the weekend and is an Aladdin's cave of unique collectables from some of the giants of the worlds of entertainment, literature, politics, sport and aeronautics.

An anonymous and still active collector in Arrowtown, who built on the memorabilia saved by his father and grandfather, had made available a selection from his independently authenticated collection, museum director David Clarke said.

''He very generously has let us have these items over the summer period and I think this will be a popular exhibition because there's something for everybody,'' Mr Clarke said.

''There's some pretty famous people who have touched, held or signed these things.''

The black right-hand glove worn by Star Wars villain Darth Vader is signed in silver ink by the English bodybuilder and actor who played him, David Prowse. He wrote: ''If the glove fits, choke them!''Titans of sport are well represented, from football shirts signed by George Best and Pele to the flag flown by the American basketball ''Dream Team'' at the 1984 Los Angeles Olympic Games.

Baseballs are signed by former United States presidents Gerald Ford and Jimmy Carter as well as James Watson, co-discoverer of the structure of DNA, complete with his doodle of a DNA helix.

Each item is displayed with its back story about how it came to be collected.

''Sign of the Times'' runs in the Lakes District Museum and Gallery until February 23.