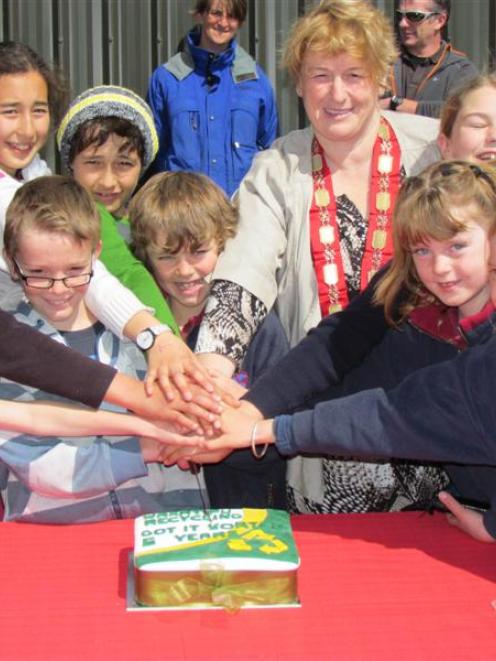 Queenstown Lakes Mayor Vanessa van Uden and local schoolchildren cut a cake celebrating five years of recycling. Photo by Christina McDonald.
Keen recyclers from Wakatipu schools witnessed what happens to the bottles and newspapers they recycle during a five-year anniversary tour of the Wakatipu Recycling Centre on Thursday.

Ms van Uden said it had been "quite an amazing five years" considering there were no recycling facilities before and the amount saved from being dumped into the landfill was equivalent to 3000 elephants.

"It's quite a special day." After enjoying the carrot cake, the children donned fluorescent vests and entered the centre through a weighing platform.

The pupils, teachers and council staff were told they weighed over one tonne, and if that weight were to be recycled it would be "considerably cheaper" than paying for it to go into landfill.

They were told bales of aluminium were sent to Christchurch, while bales of milk bottles went to China.

The council's solid waste manager Stefan Borowy said Wakatipu people were doing a great job and urged them to "keep up the good work". 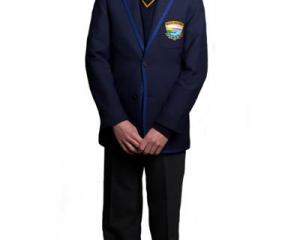