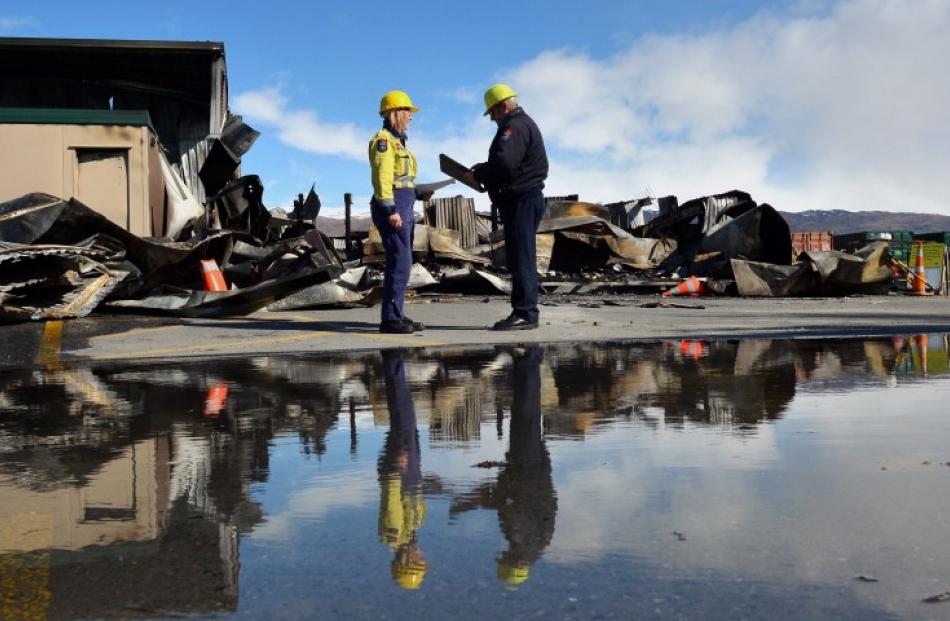 ''I really believe something good can come out of the ashes ...'' Ruth McNamara said.

The Central Otago WasteBusters life member was sad, but philosophical as she surveyed the fire-damaged wreckage of the district's first recycling operation yesterday.

Mrs McNamara and Fred Peyton, both of Alexandra, were foundation members of the organisation 15 years ago and were devastated at the fire which raced through the Alexandra site on Thursday night, wrecking the 20m by 28m processing building, office and Re-use shop.

''Gut-wrenching,'' was how Mr Peyton summed up his first view of the damage.

''This place was our life for many years. We spent more time here than at home.''

He has continued to work as a volunteer, sorting recyclables. Mrs McNamara said the volunteers were like a family.

''And this was our baby. We set it up and feel responsible for it.''

''We're still really committed to the operation and this area. It's a real shame this has happened, just as we were starting to get on top of things and there was such a positive energy.''

There was good insurance cover, Ms Coutts said. The seven Alexandra staff would be back at work on Monday. By then, after talks with insurers, some contingency plans would be in place, she said.

She praised the quick response by the firefighters and their efforts in containing the blaze, as masses of stored cardboard, plastic and other flammable material surrounded the buildings. The processing shed contained a baler, conveyor belt and forklift, as well as stored recyclables.

Station officer Mark Donald, of the Alexandra Volunteer Fire Brigade, said 44 firefighters from Alexandra, Clyde and Omakau brigades spent more than four hours at the scene and some were called back yesterday morning to douse a flare-up.

Fire investigators were at the site yesterday. Central North Otago fire risk management officer Stuart Ide said he was interviewing WasteBusters staff as well as inspecting the site, trying to determine the cause of the fire.