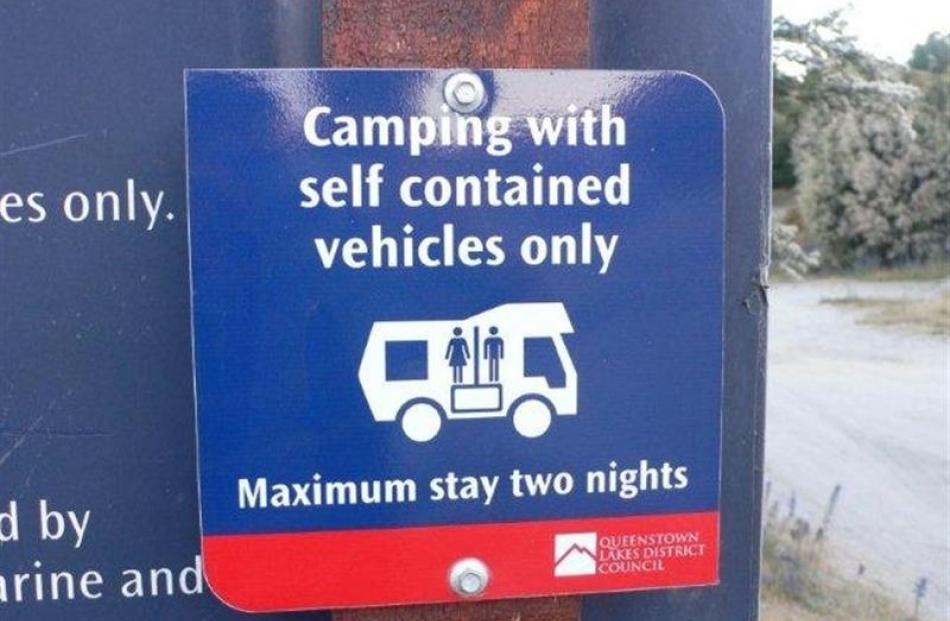 Queenstown Lakes' freedom camping bylaws are being revisited to allow infringement fines to be enforced in line with the Freedom Camping Act of 2011.

Instant infringement fines of $200, or up to $10,000 for serious offences such as emptying a campervan sewage tank in a rest area, took effect on August 30 and enforcement began on September 16.

Freedom campers without self-contained vehicles can only stay overnight at licensed camping grounds or in designated camping areas, while those with toilet-equipped vehicles can camp anywhere outside the "no freedom camping" zones.

The Queenstown Lakes District Council introduced its freedom camping control bylaw before the Act was introduced and could issue infringements through transitional provisions of the Act.

However, these transitional provisions will be repealed on August 30, and in order to continue to issue infringements, the QLDC must make a new bylaw under the Act.

It would differ from the present bylaw by extending the no freedom camping zone west of Wanaka to Glendhu Bay, extend the zone west of Queenstown from Sunshine Bay to Moke Lake Rd and extend the Queenstown zone east of Joe O'Connell Dr to Glenda Dr.

It would also remove the no freedom camping zone on the western shore of Lake Hawea as the land is not under council control and the zone could not be enforced under the Act or bylaw.

Mr Wilson's report said council was satisfied the 2011 bylaw had made "significant changes to the behaviour of the majority of responsible freedom campers visiting the district".

The number of freedom campers within no freedom camping zones had dropped, while camping in fully self-contained vehicles "continued to be popular", to the extent that overcrowding problems were experienced in Sunshine Bay, Queenstown and Waterfall Creek, just west of Wanaka.

Submissions on the proposal will be accepted until April 13, to be heard by a subcommittee of councillors in May.

It will come back before the council on June 26, possibly in an amended form, and if adopted would come into effect on July 1.