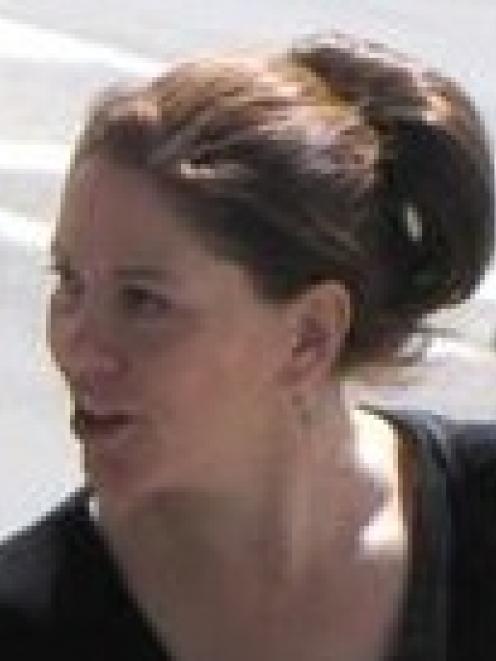 Fiona Graham
A Wanaka company director and Oxford University-educated social anthropologist, who worked as a geisha in Japan, has been fined $64,000 and ordered to pay $9000 in costs to the Queenstown Lakes District Council, after being convicted of 14 charges under the Building Act.

Defendant Fiona Caroline Graham, also sole director of Wanaka Gym Ltd, was criticised by Judge David Holderness, in his sentencing remarks released last night, for her "almost contemptuous attitude" towards council officers' attempts to secure her building consent compliance and safeguard up to 17 paying tenants staying in the backpacker-style group-sleeping area, within her property of 155 Tenby St, Wanaka.

Graham adopted "an obstructive stance against the council" over building consent compliance, which cost "substantial expense" over seven years.

Judge Holderness said Graham was "the alter ego of the company".

She had not demonstrated any significant remorse and "an avoidance of responsibility is apparent".

Australian-born Graham was found guilty by Judge Holderness of five charges against her and nine against her company in April, in the Queenstown District Court.

His judgement was delivered on April 19, following a six-day hearing in November 2009 and December 2009.

The judge said the council, represented by counsel Richard Cunliffe, regarded the most serious offence the failure of defendants Wanaka Gym and Graham to comply with the notice to fix, which was served in July 2008.

It was contended the next most serious were where the defendants permitted the use and occupation of the building after the dangerous building notice had been attached, on June 25, 2008.

Wanaka Gym using the building for sleeping accommodation when the council found it unsafe in the event of fire and different works carried out to the building permit were the next most serious.

Graham's "screwing up" of the dangerous building notice from the front door of the building, in the presence of council officers and taking it inside, was "intentional and deliberate", the judge said.

Judge Holderness said on August 11, 2008, more than three weeks after the service of the notice to fix and nearly seven weeks after the dangerous building notice had been attached to 155 Tenby St, "Some 17 people were still sleeping overnight in the group-sleeping area ..."

"Others had arrived after the dangerous building notice had been attached, but were nevertheless permitted to begin staying in the building and paying rent."

Judge Holderness said he did not overlook that enough work on the building was done, after the August 8, 2008 injunction and the subsequent vacating, for a council inspector to lift the dangerous building notice after a visit on July 27, 2010.

Graham's original defence counsel was David More, until his relationship with his client became "increasingly strained" and he was granted leave to withdraw by the judge.

Graham's second lawyer, David McCaskill, sought name suppression with regard to her activities in Japan since 2007.

However, Judge Holderness said there was no material before the court to establish whether her future in Japan would be seriously jeopardised and refused the publishing prohibition in his sentencing remarks.