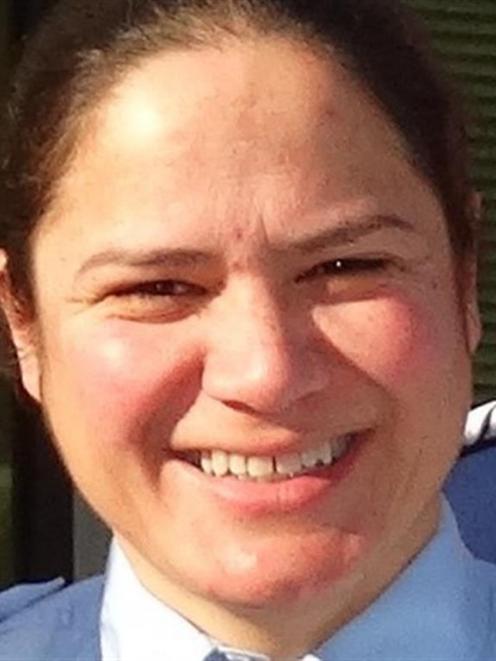 Paula Enoka.
A man remains in hospital in a serious condition after he was found unconscious with a head injury outside a Queenstown cafe bar.

Police were called after reports of a fight at Graze, at Lake Hayes Estate, shortly after 10pm on Friday.

The 48-year-old was found lying on the ground.

"When officers arrived no-one was fighting but the man was on the ground, unconscious at that stage,'' Senior Sergeant Paula Enoka, of Queenstown, said.

The man was taken to Queenstown's Lakes District Hospital then transferred to Dunedin Hospital.

Police are appealing for information.

"There were plenty of people around so we believe people have seen what's happened,'' Sen Sgt Enoka said.

● A French motorist appears to have driven on from a crash in Queenstown despite her car's airbags being deployed.

The woman (30) was found on Morven Ferry Rd near Arrowtown about 9.30pm on Friday.

A member of the public, concerned about her condition, called police and St John.

"We attended, as did ambulance, and found the car with its airbags deployed and a flat front tyre,'' Sen Sgt Enoka said.

"Talking to her, tracking back, it appears she crashed into fence posts at Arrow Junction.''

That is about 1km away, although Sen Sgt Enoka said it was possible she had another crash along the way.

The woman was taken to Lake District Hospital for observation and a blood-alcohol test.

Sen Sgt Enoka praised the actions of the member of the public.

"It could have been a much more serious outcome for her [the driver], in terms of her condition, had there been a delay.''

The woman was discharged from hospital with no injuries.