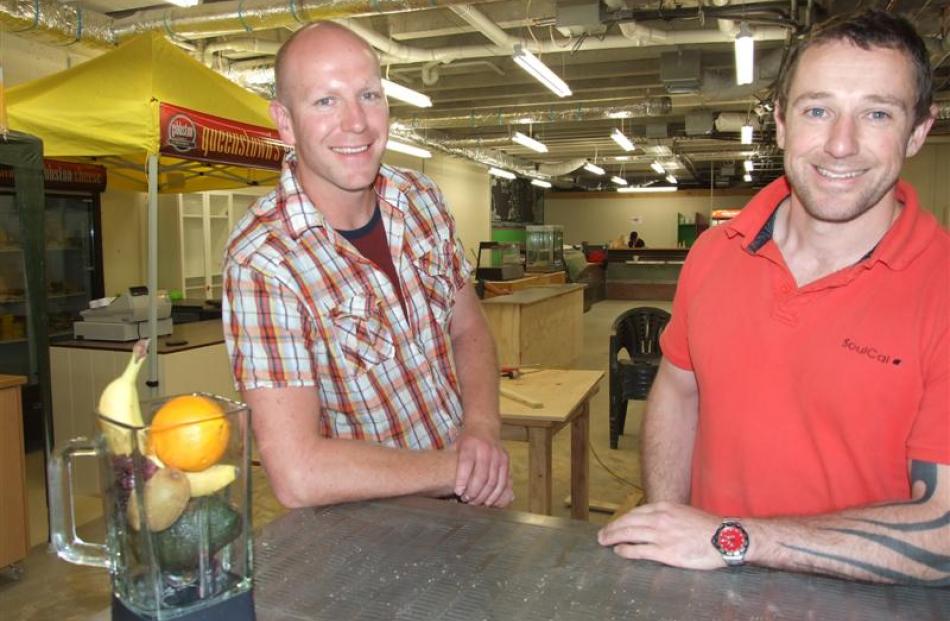 After a madcap weekend of painting, building and stallholders setting up shop, Queenstown's Shotover Markets is to open its downtown doors tomorrow.

The indoor market, situated on the ground floor of the Forsyth Barr building on Shotover St, will offer a selection of food, art and an "evolving" public space seven days a week.

David Thomson, one of two ex-pats behind the market, said it was a "soft opening", giving himself, business partner Paul Clark and stallholders a chance to ease into business.

"It's been a mission," he said. "It's a work in process that's been taking up all our attention, days and spare time and we've done most of it ourselves."

The weekend will signal the opening proper, with a musician playing to shoppers as they peruse the stalls.

These will have staggered introductions throughout the first few weeks.

The juice bar will also serve smoothies, coffee using beans roasted by local supplier Steve Kay, and wheatgrass shots, with the wheatgrass grown on the counter.

The market will be open from 10am until 6pm, with hours extending to 9pm after Christmas to make the most of the summer crowds.

This duo will continue with their artworks during opening hours.

Adding to the character of the market is the "number 8 wire" nature of the furnishings.

The juice bar is made of recycled rimu, a bench was previously a clothing rack and the seats are old Speights signs.

"If I were describing it to someone from another country, I would say it's a cross between overseas markets and Kiwi ingenuity," Mr Thomson said.

The market had been in the works since August, and despite suffering setbacks with resource and building consents, Mr Clark said he and Mr Thomson held no grudges.

"The plan for what we are doing here was new to the council, so they had to research what we were doing alongside us."

If the launch of the first stage went well, the duo planned to extend the market, taking out a temporary wall and adding a further 15 stalls in February.