Parks to go for camper vans

One of Queenstown's biggest council car parks is set to lose dozens of spaces to camper vans.

In a report to be considered at Thursday's full Queenstown Lakes District Council meeting, it is proposed the 171-space Boundary St car park will be reduced to 105 car parks to allow for 33 camper van slots.

The report, written by principal infrastructure planner Tony Pickard, said two bays of wider and longer camper van slots would be available in summer and a single bay in winter, allowing the others to revert to normal car parks.

‘‘Camper vans typically utilise two ‘normal' sized parks, or encroach and block footpaths, so the provision will increase the availability of usable parks elsewhere as a partial offset to the loss of spaces here,'' the report said.

A one-way circuit would be imposed and there were also plans for bike storage.

‘‘The current layout includes some inappropriately positioned parks, narrow aisles and the disability parks are too short,'' the report said.

More substantive changes are envisioned as part of a wider transport strategy, it said.

Car parks are a hot issue in Queenstown, after 15 spaces were scrapped along Marine Parade, as the council budgeted $250,000 to widen the footpath in front of a new building for Skyline Enterprises.

Last year, the council took flak for a budget overrun on footpath widening outside takeaway shop Fergburger, in Shotover St.

Another $50,000 has been set aside for retaining town centre parking to 2015 levels. Bike parks would be installed in the Athol and Ballarat St car parks. Mr Pickard provided a separate report on a pedestrianisation trial in Upper Beach St.

A council survey of the trial attracted 14 responses.

Public comments included Beach St retailers being allowed to use the former road space, that sculptures should be added and loading zones should be kept. 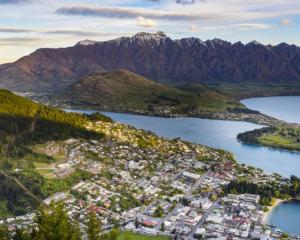