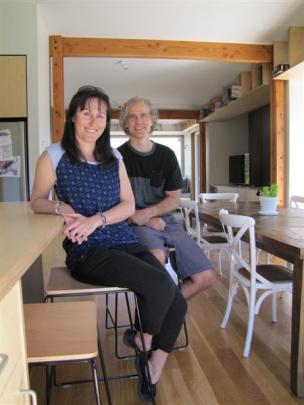 Jac and Gavin George, of Wanaka, in their new passive energy house. 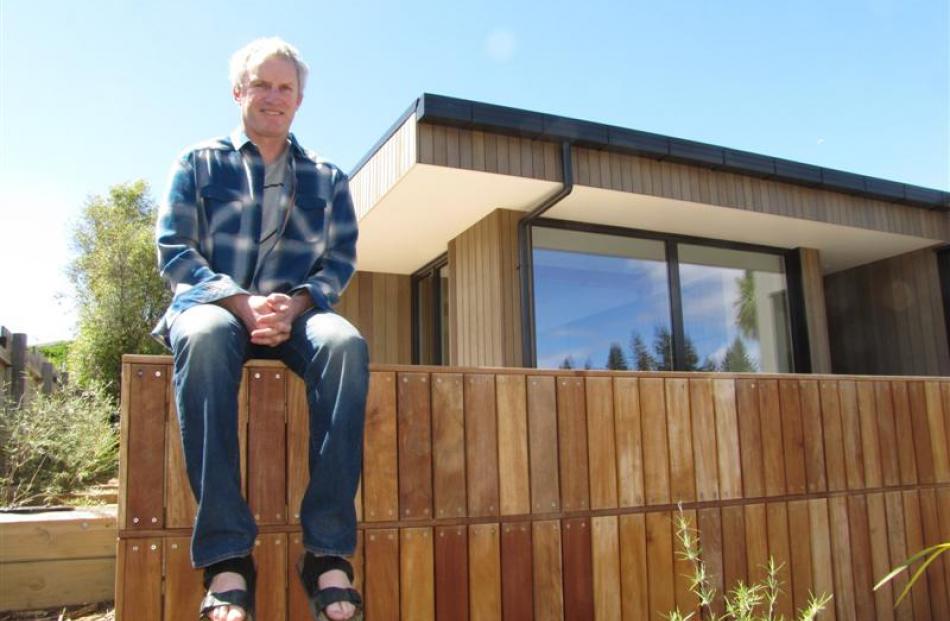 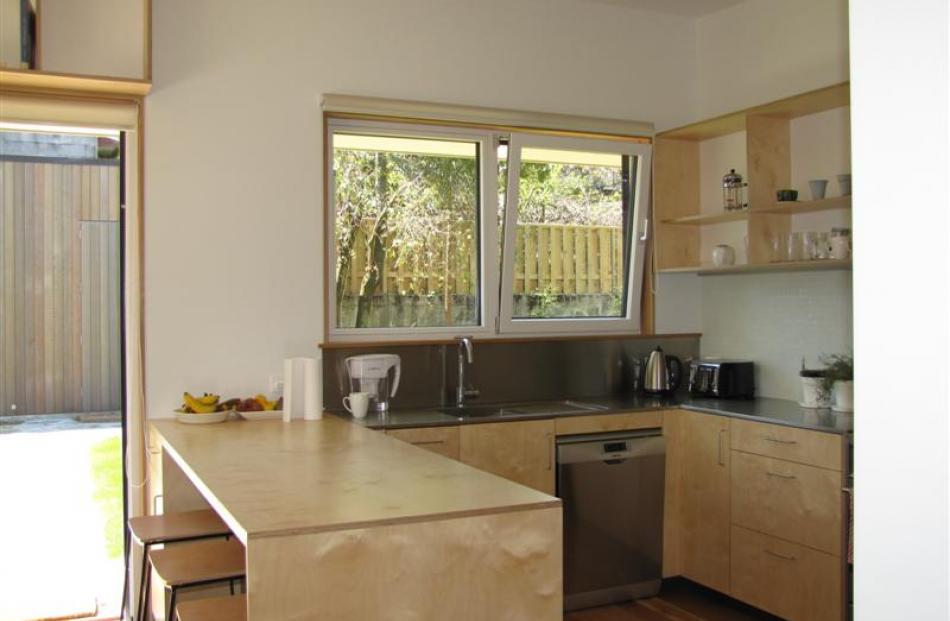 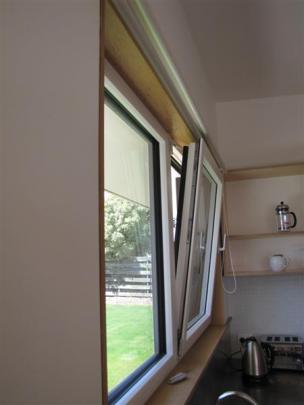 The temperature in every room is 20degC all day, all night and all year.

There is one small 1.4kW heater and no fire.

There is no condensation or mould.

The building cost was about 18% more than standard.

And the resale value ... Well, that is unlikely to be tested in the short term.

The owners of what is thought to be the South Island's first ''passivhaus'', or passive house, Jac and Gavin George, of Wanaka, are adamant they are not going anywhere, anytime soon.

Mrs George is from Gisborne, and Mr George from Auckland, and when they moved to Wanaka found southern advice about dealing with winter - ''get yourself another jersey'' - was not really the answer they were looking for.

But their passive house, certified to exacting German standards, is precisely what they did want.

Not too big, T-shirt-warm all the time and economical to run.

If it is not being heated by the sun, it is recovering a few degrees of warmth from the oven, the shower, the washing machine, the heat exchange system and the visitors.

Yes, says Mr George, a few visitors do make a discernible difference in a house as heat-tight as this one.

The couple bought an old, cold Wanaka house on a good section in 2013 and that, and an episode of Grand Designs, got them thinking about building a new, warm, efficient house on the same site.

Then, at a conference in Dunedin, Mr George bumped into Wanaka architect Rafe Maclean, who just happened to have recently been studying the same issue, and concluded the best option was to follow the ''certified passive house'' system of the International Passive House Institute, based in Darmstadt, Germany.

In consultation with the couple, Mr Maclean came up with a design for the house and put it through the institute's ''passive house plan package''.

''Then you basically tinker with it until it tells you that it's reached a certain standard,'' Mr Maclean said.

''It's like a moving target for a while, because you are adjusting wall thicknesses, floor thicknesses, roof thicknesses and how you detail the windows and doors - lots of variables are moving around.''

Mr Maclean said he was attracted to the passive house system because it used ''science and maths'' to evaluate energy use, which was quite different from other ''tick-the-box'' type building standards.

The system was ''all about thermal performance of the building'' but it did not specify any particular design.

That meant a house built to passive house standards at a Dunedin location would not meet the standard required at a Wanaka location, because of the difference in climate, altitude and latitude.

Once the design was finalised, Mr and Mrs George disappeared to the south of France and left Mr Maclean and builder Isaac Davidson to get on with the build.

Mr Maclean said the greatest difficulty for the builder was fitting the imported windows and doors.

Also, none of the fires available in New Zealand operated in a way that allowed the passive house to remain heat-tight.

Mr Maclean calculated the passive house cost about 18% more than if the house was built to the New Zealand building code, on the same site with the same floor plan and overall shape.

It is expected to use 1760kWh of electricity for heating each year, compared with the 28,900kWh it would take to heat the similar code-built house to the same level.

''The investment costs are often slightly higher as a result of the more intensive planning and superior components involved.

''Over the lifespan of the building, however, passive houses come out on top due to their extremely low running costs.

''Passive houses are more cost-effective than their conventional neighbours.''

On their return from France in June, Mr and Mrs George walked into their finished, four-bedroom, three-bathroom, single-storey house, in perfect time to fully appreciate the difference some fairly serious design work can do for home comfort in a long cold winter.

Mr George likens the house to a Thermos flask, which keeps coffee hot, rather than a coffee pot, which must be continually reheated.

''Why not build a house properly in the first place, rather than throw heat at it?'' Mr George said.

The couple are reluctant to say how much their house cost - saying they do not want apples compared with oranges - but expect to recoup the extra expense of the passive house through energy savings over the next eight years.

While all certified passive houses will be different, the Wanaka house of Jac and Gavin George achieved the standard with:

Blower door test: airtightness of the building fabric tested for leaks before interior lining installed and again on building completion.