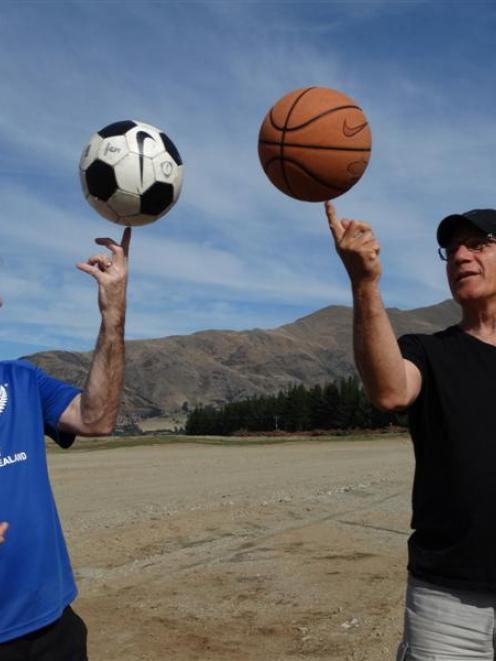 The grant was announced this week as part of the trust's latest funding round, totalling $1,273,012, and is the 15th grant of $1 million or more made by the trust since it was established in 2000.

It will help pay the $13.9 million construction cost of stage one of the sports facility, which was approved by the QLDC on February 26 after years of debate and analysis.

Stage two is the construction of a swimming complex, which will be built alongside the sports facility at Three Parks.

Central Lakes Trust chairman Malcolm Macpherson said the trust was ''delighted'' to support the development and it was ''pleasing that plans for stage one has been agreed upon''.

The grant was the largest approved by the trust during the past financial year, CLT chief executive Paul Allison said.

''The widespread benefit that this project will provide to large cross sections of the community meant this was a relatively easy decision for us to make ... [and] it's been on the drawing board for so long.''

Queenstown Lakes deputy mayor Lyal Cocks, of Wanaka, said the council and community were ''so appreciative'' of the grant, which gave the sports facility project certainty.

''This is a really important project for Wanaka. It's been on the go for many years and is finally getting there ...

''This significant amount makes the funding of the project achievable.''

''The facility mix delivered in stage one of the project will allow for the growth of community sport and give the district the ability to attract regional and national sporting competitions and tournaments.''

CLT grants were also awarded to Winter Games NZ _ being held again in August this year _ which received $56,602 to assist volunteers and to deliver programmes to primary and secondary school pupils.