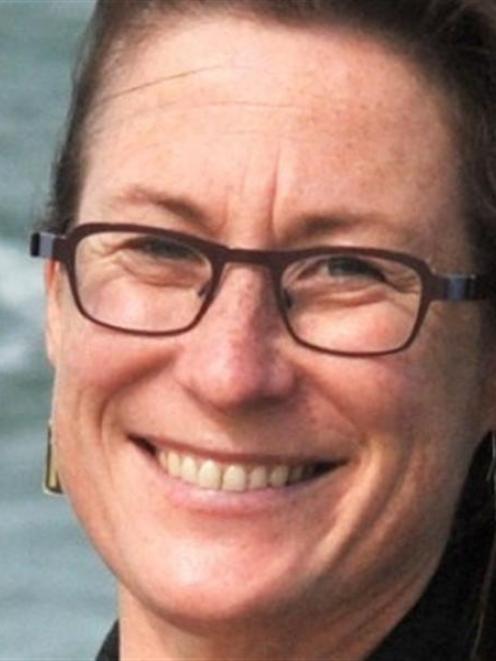 Maree Baker-Galloway.
The developers of the huge Northlake subdivision planned for a site northeast of Wanaka are making a concerted bid to host the town's proposed multimillion-dollar community swimming pool.

The idea of siting the pool among the proposed 1700 sections at Northlake came late, behind building it at the Three Parks subdivision or on the existing pool site next to Mt Aspiring College, in Plantation Rd.

However, the Northlake developers are pushing for the pool to be the community pool, and are offering the council a 50-year lease arrangement.

The council is in favour of the long-standing Three Parks site for an $11.8 million, eight-lane lap pool and learners' pool.

But before making its final decision, it is consulting the public about the location, size, start date and cost.

It met yesterday to iron out the final version of its ''statement of proposal'' consultation document, but before discussion began, Northlake lawyer Maree Baker-Galloway challenged some of the information the council was using, concerned at ''errors and important omissions''.

She said the council document did not highlight the company's suggestion the Northlake lease proposal would save the council from borrowing, and that after 50 years the pool would be sold to the council for $1.

She claimed the council would save ratepayers money by paying rent to Northlake rather than borrowing money to build the pool itself.

''[The] combination of over-estimating the cost of Northlake and underestimating revenue makes the Northlake option look more expensive to ratepayers. That's not accurate and not based on best available information.''

However, QLDC general manager, operations, Ruth Stokes said the document contained all the Northlake information the council had been provided with in writing and the Northlake proposal would still mean the council would have to borrow money.

Council chief executive Adam Feeley pointed out that by Northlake building the pool and leasing it to the council, the council avoided the risks associated with a blow-out in the construction budget.

The consultation document would be sent to the Auditor-general's office for feedback before going out to the public, he said.