Queenstown bars: is 42 too many? 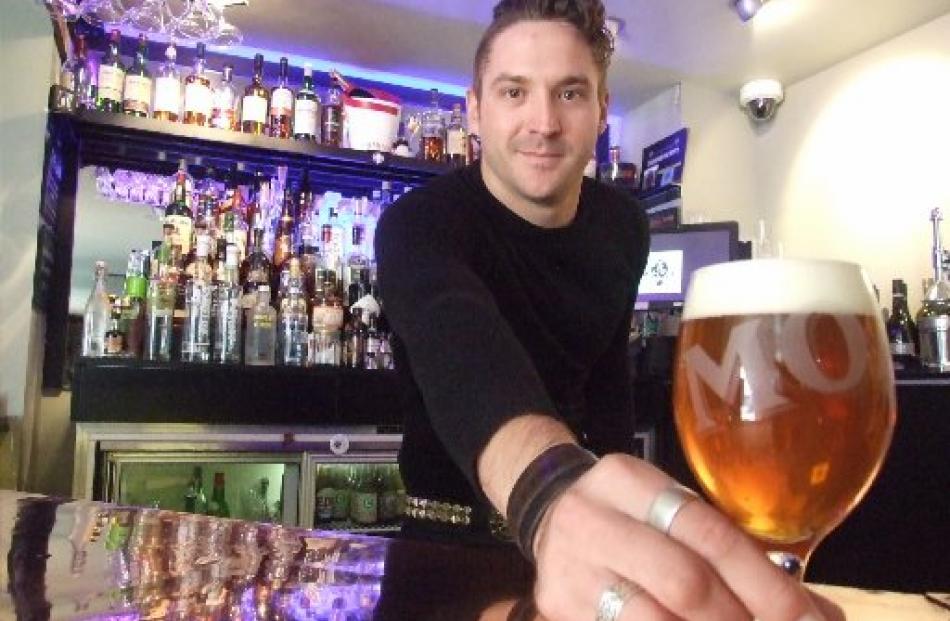 The Naughty Penguin manager Chase Bickerton says there is room in Queenstown for his boutique bar. Photos by Joe Dodgshun, Olivia Caldwell and ODT files. 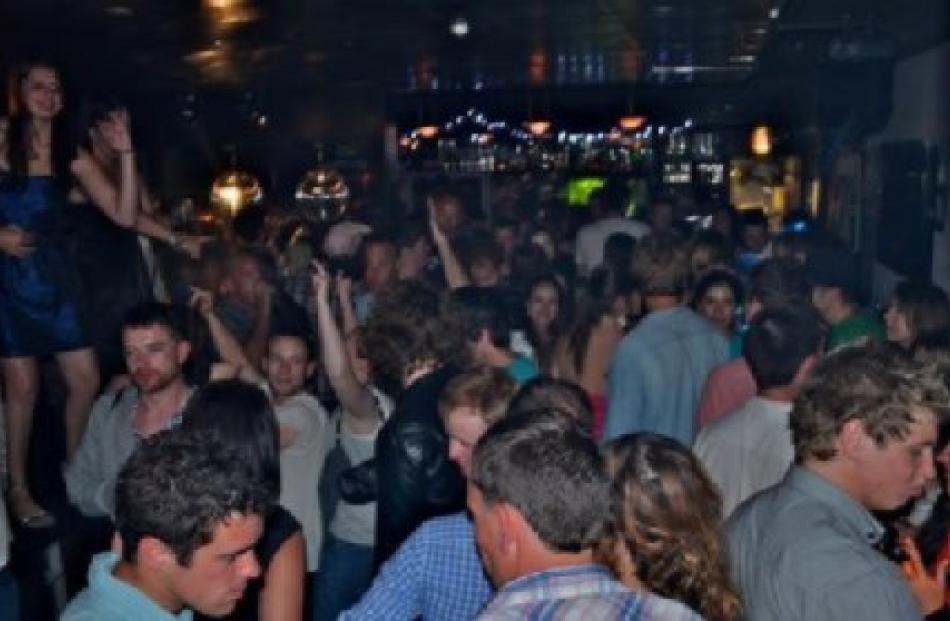 High spirits in a Queenstown bar. 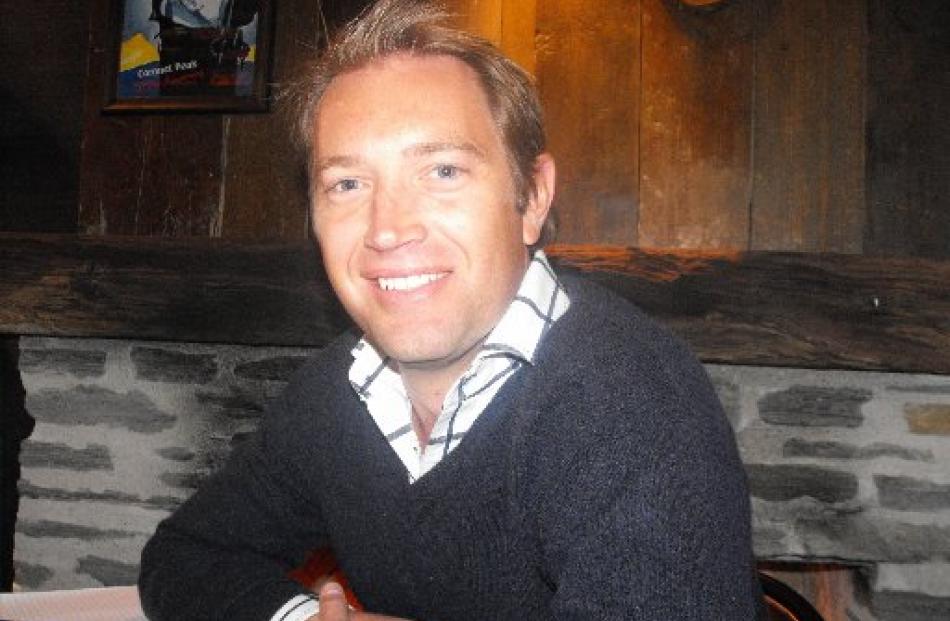 Queenstown bar owner Mike Burgess, whose company owns five bars in Queenstown, does not want to see the resort become 'the Ibiza of the South'. 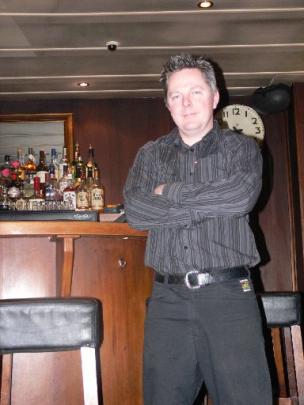 Restaurant Association of New Zealand Queenstown president and The Bunker Restaurant and Bar owner Cameron Mitchell says too many cut-price drink offers at bars are damaging the resort's image.

Queenstown is undeniably growing. Both visitor and resident numbers are predicted to rise in the coming decades, but to the casual observer, it may seem the boom has already arrived for bars.

For the five years to 2009, the number of licensed premises in the Queenstown Lakes district dropped 3% to 4% a year, according to statistics from Queenstown regulating body Lakes Environmental.

In the years since, however, that trend has reversed.

The increase is thought to have been driven largely by the completion of developments such as the Hilton and Kawarau hotels, both of which have multiple licences.

However, Queenstown's central business district has seen a formidable array of bars open in the last few years, maintaining its title of highest bar-to-person ratio in New Zealand.

Since the start of 2011, it gained the No 5. Church Lane cocktail bar, Below Zero Ice Bar, Zephyr, The Naughty Penguin, Xtreme Sports Bar, and its second strip club, Club 88.

While this was offset by the closure of music venue Revolver, Ministry of Sports and the credit card scam-implicated Melt Bar, the previous year reads in a similar fashion.

Searle Lane and Social, Cadillac Club, Cowboys, Melt Bar and Ballarat Trading Company all opened their doors in 2010, in addition to Revolver's move to a larger venue.

Queenstown now has 42 bar on-licences in a town centre of just one square kilometre.

The resort regularly deals with alcohol-related crime, one notable case being the 2009 death of Queenstowner Mark Smith, who was punched and fell during a taxi rank altercation.

While it is hoped a new downtown CCTV camera network will be operating by Winter Festival in late June, the system is so far seen mainly as a tool in solving crime, rather than preventing it.

Senior Sergeant John Fookes of the Queenstown police, said market forces would determine how many bars were too many.

Patron numbers would set the demand.

He did not believe more bars would lead to increased alcohol-related offending.

A proliferation of town centre bars without more patrons does raise one issue.

"The one concern we do have here is that if we do have businesses that are struggling, there's the potential that they might feel they are forced to do discount promotions.

"With that we have the possibility of creating higher levels of intoxication, but I'm not saying it is happening here," Snr Sgt Fookes said.

"I recently toured much of New Zealand and nowhere did I see it as bad as it is here.

"Queenstown is supposed to be a premium product, yet you see all these flyers promoting cheap drinks, which I think is detrimental to Queenstown's image," he said.

He said it further tarnished the town's reputation through drunken trouble from punters "intoxicated before midnight on cheap drinks" and was in no way commercially viable.

Selling cheap drinks and the ease of acquiring a liquor licence are things Mr Mitchell hopes will change with impending amendments to New Zealand's alcohol sale laws later this year.

The Alcohol Reform Bill, which would replace the Sale of Liquor Act 1989, still needs to go through committee and third reading stages before becoming law.

Among other changes, it would give communities a greater say over liquor outlets, set tougher rules for licence applications, and could mean change for the Queenstown bar scene.

A major player on the bar scene, Mike Burgess, welcomes the impending arrival of the law, something he says could help reduce the resort's alcohol "price wars".

Mr Burgess owns five bars in the resort, and says there are too many.

"I don't want to see town become the Ibiza of the south. It has a far broader appeal than that.

"There's clearly too many bars and the biggest issue is what we are selling drinks for.

"It's a case of survival. If they don't offer the $3 drinks, then people don't come."

He says a solution could be to follow the example of the more stringently regulated Australian resort towns of Noosa and Byron Bay, and he would be happy to operate within such boundaries.

"I think the council needs to say 'hold on, we need to have that control' and decide something in conjunction with the licensees, council and the community."

But, despite intense competition, new bars are still appearing, and one of the latest additions to the scene - The Naughty Penguin - has seen a niche and set about digging in.

Manager Chase Bickerton has worked on crafting the boutique bar's market long before its December soft opening and sees its point of difference as vitally important.

Coming into a market filled with operators aiming at backpackers, or higher-paying clientele, the tiny bar has specialised in supplying craft beers, rare spirits and cutting-edge cocktails, "matched with corresponding service and environment".

Although Mr Bickerton sees the importance of occupying a niche, he remains optimistic about the state of the Queenstown bar scene in general - and the number of bars it can support.

He hopes proposed developments such as a conference centre will bring constant patronage outside summer and mid-winter periods, but thinks the future will lie in creating a multi-faceted array of hospitality attractions for Queenstown.

"We could get to the point of competing with Auckland and Wellington as a culinary and entertainment destination, with people coming to experience restaurants launched by notable chefs, as well as top-class bars."