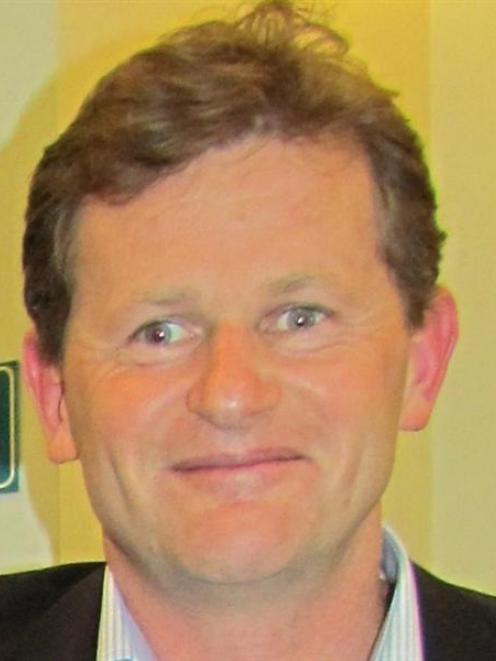 Adam Feeley
More than 330 individual staff members, including part-time staff, across the Queenstown Lakes District Council, Lakes Environmental and Lakes Leisure have two weeks to comment on a draft consultation report handed out on Tuesday and redundancies have been confirmed.

There are 266 full-time-equivalent positions.

When the review was announced last year the council stated the review was to improve the cost-effectiveness and quality of council operations and had been foreshadowed for some time.

Last month the council formally resolved to disestablish its two council-controlled organisations, Lakes Environmental and Lakes Leisure, and bring their functions in-house as a result of the review.

The council's chief executive, Adam Feeley, told the Otago Daily Times yesterday ''there will be some people out of work'', though he emphasised it would be ''weeks, if not months'' before redundancies came into effect.

After the feedback period ends, the review team, which is being chaired by former Local Government NZ and Auckland Regional Council chief executive Peter Winder, will consider the recommendations.

Mr Feeley will then get the final version of the report with recommendations and then implement decisions if he agreed with them by April 30. Mr Feeley declined to reveal the number of redundancies recommended in the report, saying only ''people won't be redundant by April 30''.

''There will be some people [whose] job no longer exists, but they will be ... encouraged to apply for other jobs.''

Only after being unsuccessful in applying for a different job would people be made redundant, he said.

He added it was the way departing staff were treated which set the culture of an organisation and added ''there is a lot in this report and people need to be cautious about forming a view one way or another''.

The review was announced in December, before Christmas, and soon after the announcement, Mr Feeley told the Otago Daily Times redundancies had not yet been considered and the question would only arise after the review had been completed.

The review began on January 27.

• The ODT understands the proposed restructuring will have a major impact on the library staff employed by the council in Queenstown and Wanaka.

It is believed jobs at all libraries, including those of the Queenstown and Wanaka library managers and the shared library services manager, have been disestablished and the number of library staff will be reduced by half.

The ODT also understands that instead of dedicated librarians, libraries will have staff who carry out council customer service functions, in addition to their library role.