Rolling out the welcome mat 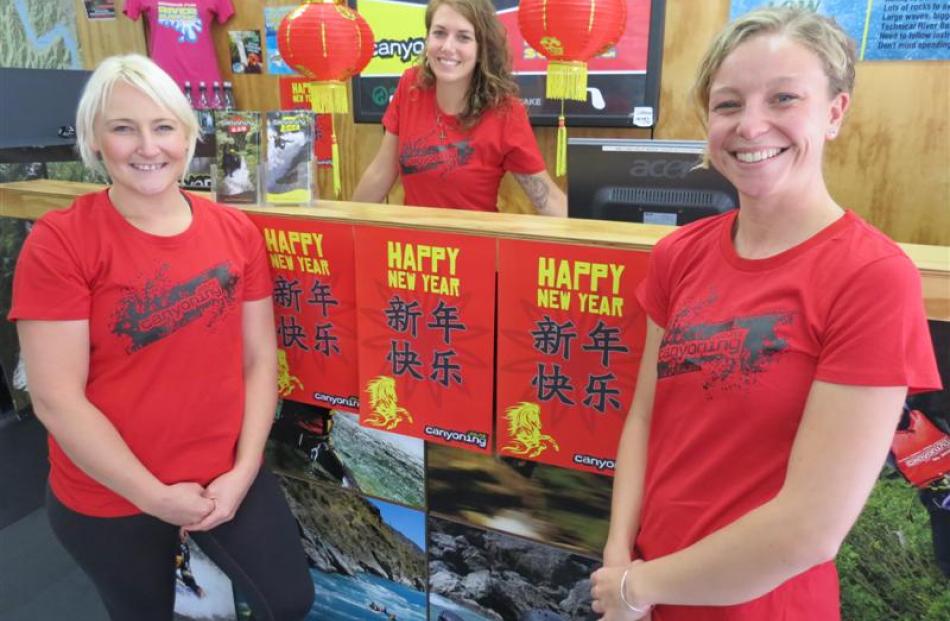 Queenstown tourism operators are braced to welcome the next major influx of visitors for Chinese New Year, between the earlier dates of January 31 to February 9, but opinion is split on whether the resort needs a Chinese festival.

The economic vitality and growing middle-class in the nation of more than 1.35 billion people, coupled with increased direct capacity by China Southern Airlines and Air New Zealand, saw continued visitor growth to New Zealand in 2012 and into 2013.

Their average length of stay was 16.5 days. An average Chinese visitor's spending was $3400, totalling $737 million for the year ending September 2013, figures from Statistics New Zealand and the Ministry of Business, Innovation and Employment show.

Southern Lakes and South Island operators grouped together to try to turn the trickle of Chinese visitors who venture across the Cook Strait into a constant stream.

''Queenstown, not only for New Year, but in general I think, offers them the best of New Zealand,'' Mr Budd said.

''But I think it's really important also that we've got a sophisticated infrastructure, so we've got very good-quality accommodation, restaurants and shops and those kind of things that are appealing and familiar to them.''

Mr Budd said Chinese visitors had been participating in more adventure activities in the past two years. Many Chinese in the resort were independent and those travelling in groups by coach were not less independent.

''In Queenstown we're getting independent well-off travellers of all types and all different modes of transport,'' he said.

''We know there's a lot of Chinese students sent to New Zealand for a Western education who play host to visiting family from China, so education and inbound tourism are very closely linked.''

More operators understood what they needed to do to appeal to Chinese visitors.

Making them feel welcome with pleasantries or signs in their language were recommended, the same hospitality shown to all nationalities, Mr Budd said.

However, the resort did not need to go overboard in recognising their public holiday.

''My personal view is a Chinese New Year festival here is not necessary - the Chinese are coming for the New Zealand and Queenstown experience. If some operators want to do that, that's great, but it's not something DQ would be facilitating.''

Novotel hired a florist to help transform the hotel's lobby and restaurant with plum blossoms arranged with bamboo and pine sprigs. The hotel will also offer guests foods that represent good fortune and wealth in Chinese tradition.

St Moritz will display Chinese lanterns and Mandarin trees at the hotel entrance and treat guests to horse-shaped cookies, gold coins and give away custom bookmarks adorned with horse symbolism and red tassel.